The 2 types of people you’ll find in #QuarantineLife

There are those who strive, and those who slob
Written by Anna Rudkevych

With half the world now under lockdown, #QuarantineLife is quite literally the new normal.

In this strange new environment, locked in at home for weeks, maybe even months at a time, we’re beginning to see two types of personalities emerge online: the strivers, and the slobs.

Initially, most humans seem to want to put their best foot forward.

Enter the strivers: these are the go-getters MAKING THE MOST of this time with meditation, strict plank routines, catching up on books to read, and learning new skills. Those people keep a tight schedule even under these difficult conditions.

this is just a general guide for myself based on my goals & what works for me! i’m allowing a lot flexibility with myself & not pressuring myself to complete everything. this is just to give me structure & a sense of control & stability. pic.twitter.com/3EPJnQehxH

Day 2 Quarantine:
1. If I tilt left sitting on my room couch, I can see both the room nd trees outside.
2. Sparrows have a greyish brown colour.
3. There are 27 chips in lays pack. 10 large, 7 medium, 5 small nd remaining crushed.#QuarantineLife #lockdown #COVID19Pakistan

But the thing is, there’s a striver and a slob inside each one of us. And as #QuarantineLife turns from days into weeks into months, some of us become different from who we thought we were. 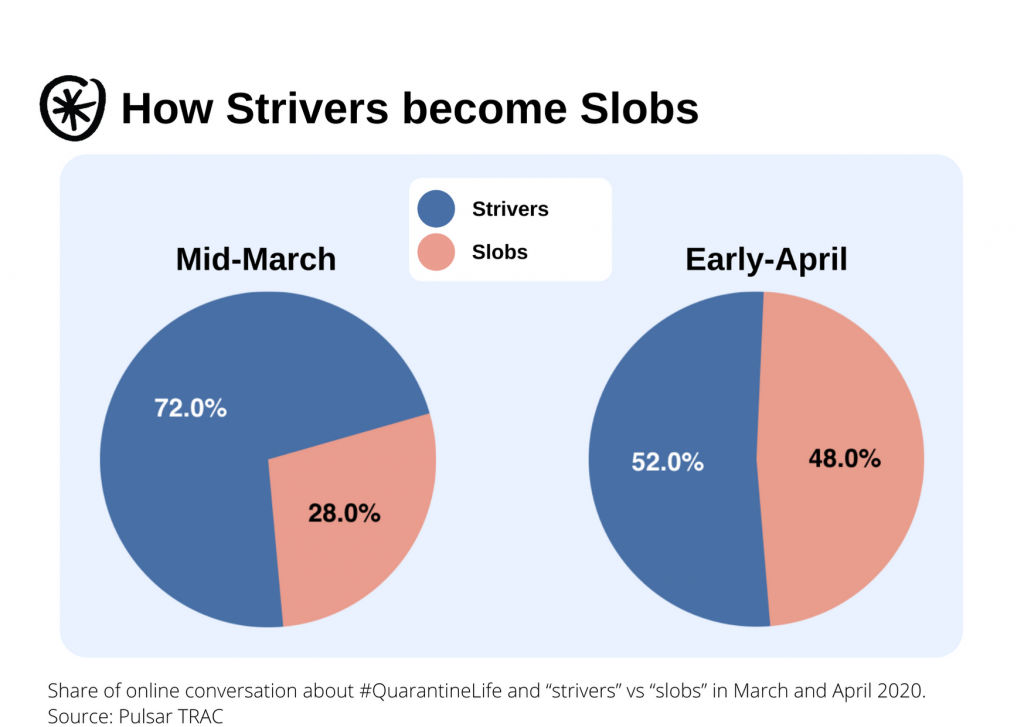 We analyzed 564,397 global English-language posts relating to people’s #QuarantineLife on Twitter, Instagram and Reddit over two periods of time, one in mid-March, and the other one in early April.

We found that while striving seemed to be by far the dominant mood in the earlier period when #QuarantineLife was still novel, after a few weeks locked inside our homes, slobbing seems to be taking over our personalities.

Day who-the-hell-knows of quarantine. Standards are slipping! I put sugar in my coffee this morning. It was bloody delicious!

We also investigated people’s top overall concerns, priorities and interests during their #QuarantineLife at the two different stages (mid-March and Early April). 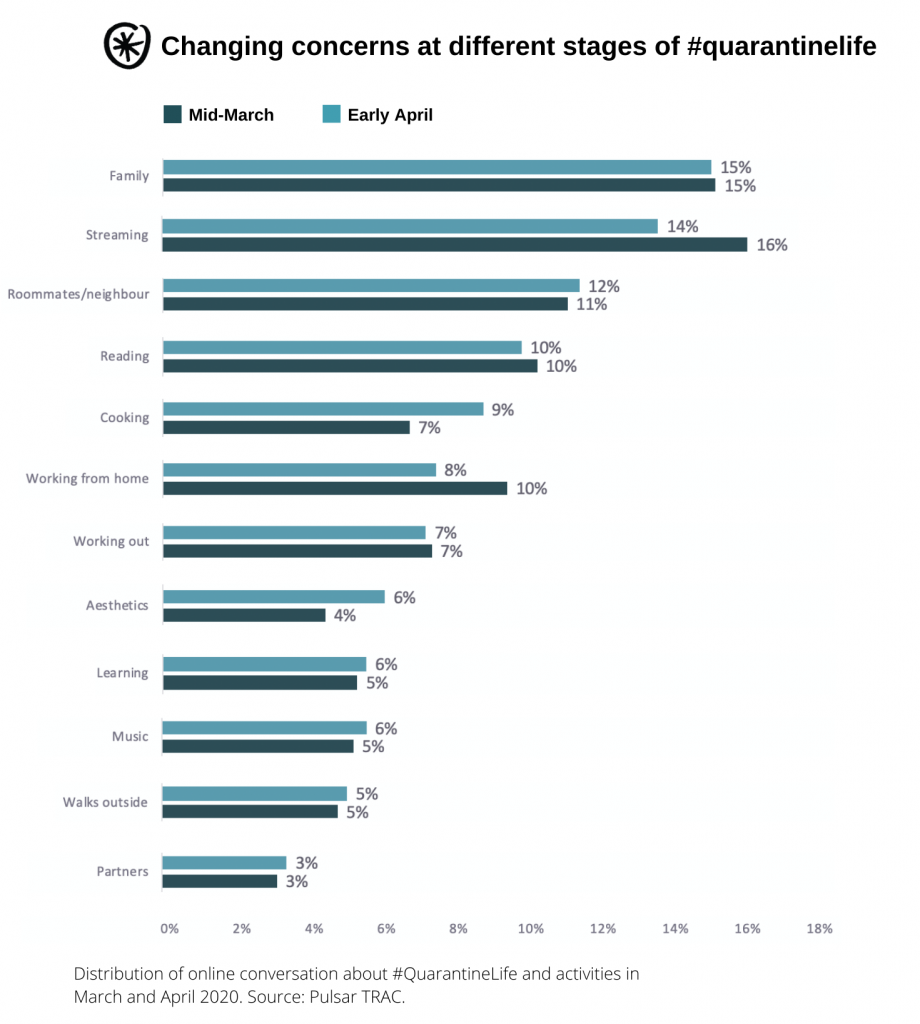 While most conversations remained relatively stable across the two time periods, the one to take the biggest hit in April was working from home (-2%), as any novelty well and truly wore off.

And so, despite the overall turn towards slobbishness, there are indications that humanity isn’t lost to the depths of the sofa just yet. There’s still some hope for the strivers as we enter the next phase of this #QuarantineLife.