How Netflix’s The Social Dilemma impacted the Big Tech conversation

Who are the communities driving talk around social manipulation?
Written by Alex Bryson

The Social Dilemma arrived on Netflix nearly two months before Halloween ― but its grim warnings about big tech had the world hiding behind the sofa seven weeks early.

The scariest part of the Social Dilemma is that it’s not an episode of black mirror…it’s our current reality.

Even prior to the documentary’s release, the online conversation that explicitly linked companies such as Facebook or Google to manipulation or societal damage was regularly subject to peaks of interest.

The drivers of conversation, though, were disparate. The inclusion of Shoshana Zuboff’s Surveillance Capitalism on many end-of-year reading lists helped contribute to a January spike, for instance, while the real world machinations around TikTok ensured a similar upswell over summer.

In September 2020, however, this interest coalesced around The Social Dilemma.

Anybody else checked out The Social Dilemma on Netflix? More importantly is anybody else as disturbed as I am???

The more positive posts, on the other hand, fixed on the documentary’s ‘importance’ and quality.

Netflix has a drama-documentary “The Social Dilemma.” Good to understand the effects of technology and how it influences the way we think and manipulate the way we behave.

So what — and who — was being talked about?

Analysing the conversation for mentions of the different technology companies, it’s clear that Apple and Amazon have avoided the unwelcome spotlight — unsurprising given that their business models are less ad-dependant.

More eyebrow-raising is the lack of interest shown in Google. Much previous literature, including the aforementioned Surveillance Capitalism, tends to hone in on the search giant as a prime player in the space. One potential reason is that users are drawn to commentating about social media, on social media. This meta-textual commentary projects a sense of control and being ‘in the know’.

But if those are the institutes at the heart of the conversation, then who is it who’s talking about them?

By dividing the conversation between early adopters, and those who started talking about the film only once it entered the mainstream, we can track how the conversation and its participants evolved. 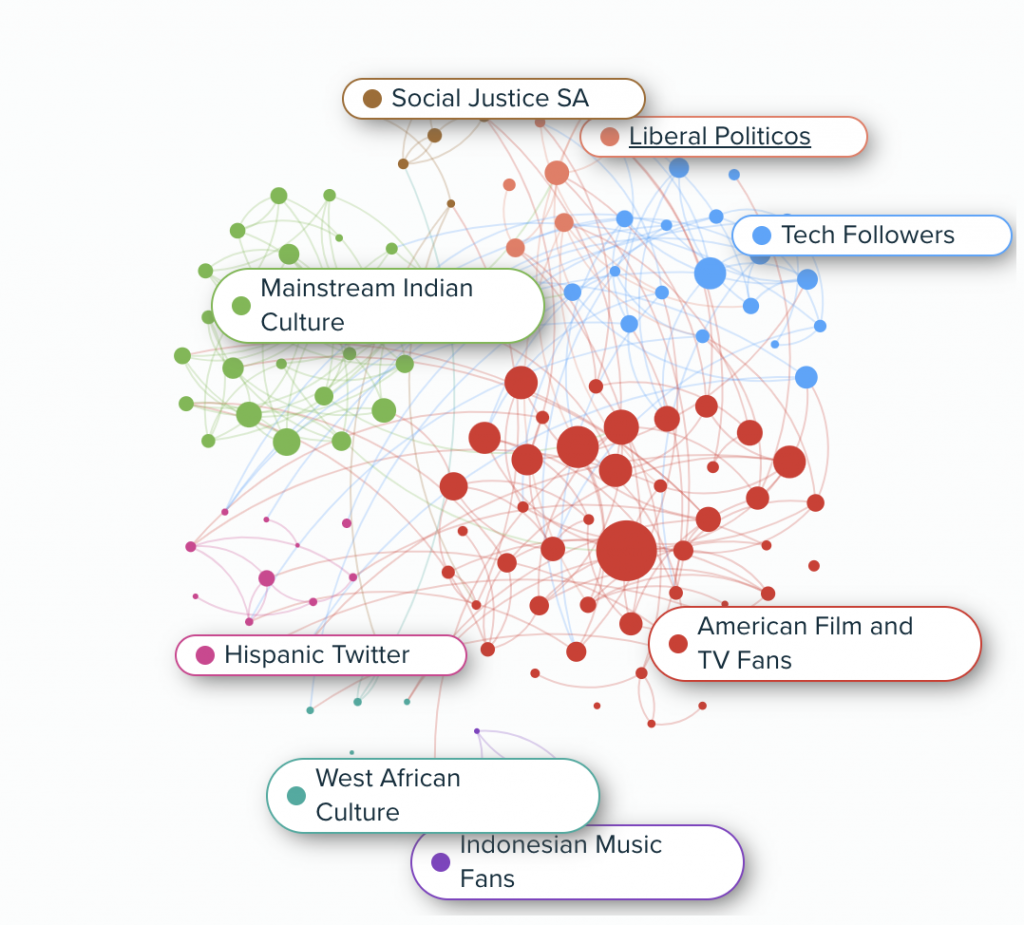 The most striking feature of this audience is its diversity. Certainly, the conversation does not appear to have been solely incubated in any one culture.

It’s worth noting, however, that US-based groups, such as American Film & TV Fans or Tech Followers, play an important role as information brokers, acting as connective tissue between Social Justice South Africans and Hispanic Twitter, for example. 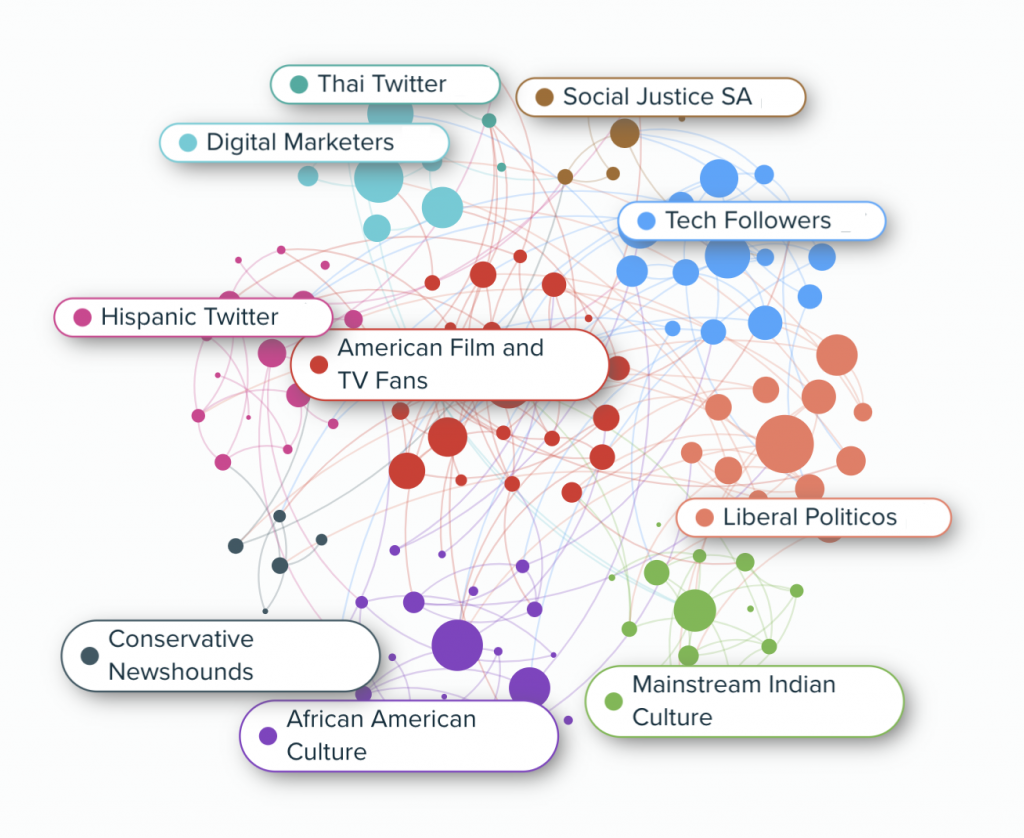 Rather than issuing outwards from America, the conversation actually becomes progressively more dominated by the US, which goes from accounting for around a quarter of total online conversation to a third.

While some communities remain consistent, such as Mainstream Indian Culture, others such as Digital Marketers become separated from Tech Followers.

In both the latter groups, we also find some of the most robust takedowns of the documentary, often issued by voices influential within those communities:

THREAD:
I watched Netflix doc The Social Dilemma—so many self-important people pronouncing such nonsense about their power to rule the world through social media with their algorithms that "control" us helpless automata, yet another "existential" threat to humanity. Be skeptical!

More damning still is the overall volume of conversation amongst Tech Followers. While the rest of the audience maintains a relatively stable level of interest, this community’s conversation falls away sharply by mid-to-late September.

To some extent, this might be expected from a group who consider themselves ‘first adopters’ in any matter tangential to tech. But it also indicates that the film and its central ideas have failed to leave a lasting impact amongst those who classify themselves as tech literate, with many citing naivety amongst the filmmakers, sensationalism and a tendency for onetime employees to overstate their own impact.

The disjuncture between subject matter experts and the rest suggest we’re still learning, as a society, how to talk about big tech.

Well, most of us. Some seem to have got the tone just right already…