#CancelNetflix: The communities leading the boycott

Cuties, a coming-of-age film from award-winning director Maïmouna Doucouré, has attracted a rush of opprobrium for the alleged sexualised depiction of its 11-year-old protagonist. While Netflix has emphasised the film’s context, urging critics to watch before commenting, the hashtag #CancelNetflix has proliferated among certain online communities, particularly over a four day period dating from September 9th.

Who propelled the conversation? 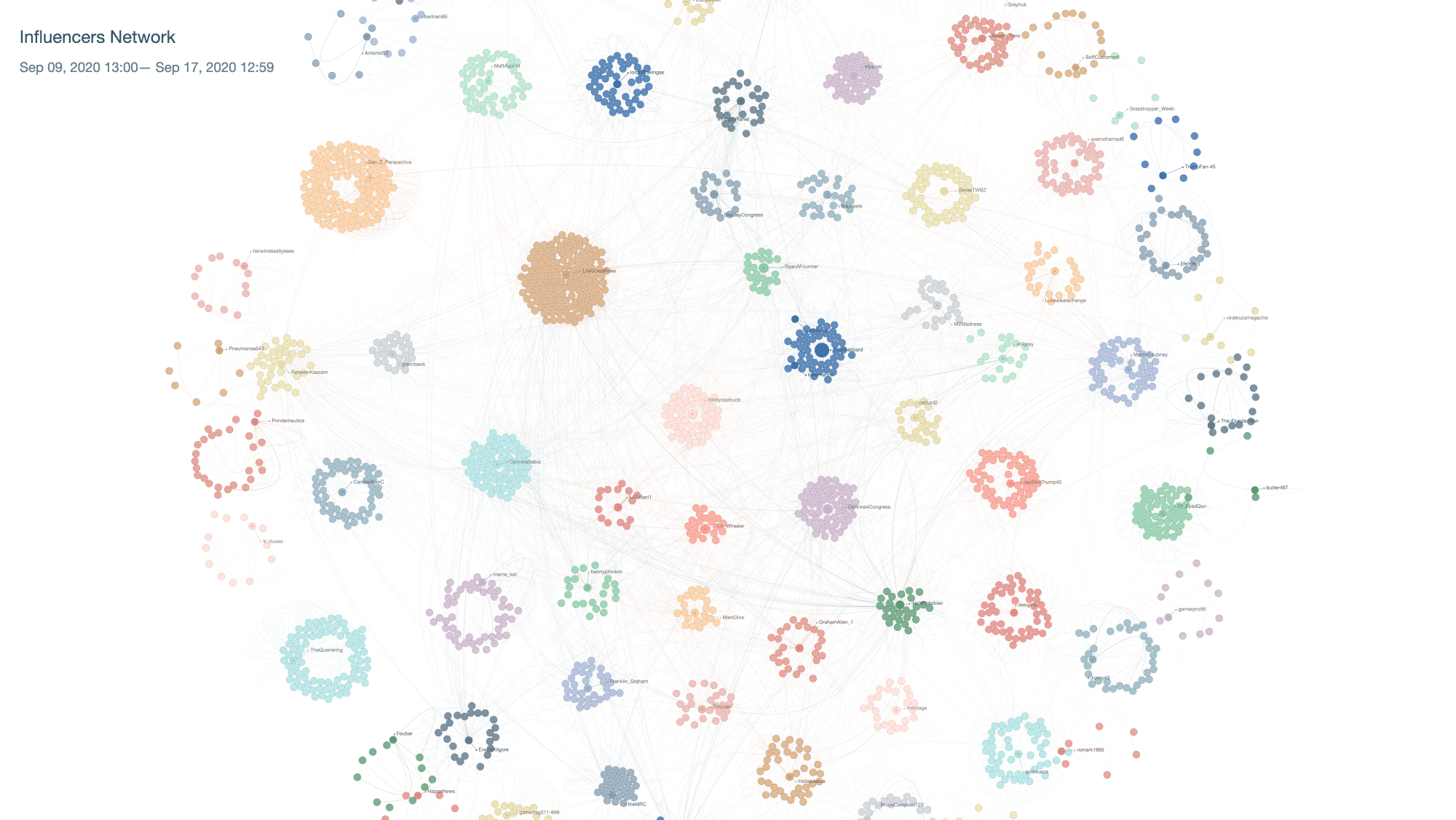 Through analysing the influencers network, we can identify the individual tweets that drove mass engagement.

These included those by former presidential candidate Tulsi Gabbard:

And Texas Senator, and one time Trump opponent, Ted Cruz:

Following @netflix’s disturbing promotion of “Cuties,” I sent a letter calling on @TheJusticeDept to investigate whether Netflix, its executives, or the filmmakers violated any federal laws against the production and distribution of child pornography. pic.twitter.com/P7wLXixU6X

These prominent figures within conservative circles introduced the issue to their large, politically-cohesive communities of followers. From the graph pictured above, we can see a high degree of connectivity between the influential voices, who attract engagement from many of the same Conservative American bases.

But the seeds had been planted almost a month before on Reddit, where an emphasis on shared interests and affinities, twinned with conditions of anonymity, often creates an environment for first-movers and early-stage trends.

The co-opting of #CancelNetflix by conservative influencers saw it being used as a stick with which to beat prominent Democrats. Analysing the conversation for mentions shows Barack Obama outstripping not only the sitting president and Ted Cruz, who assumed a leading role in the movement, but also the films’ director and Netflix’s leadership team. 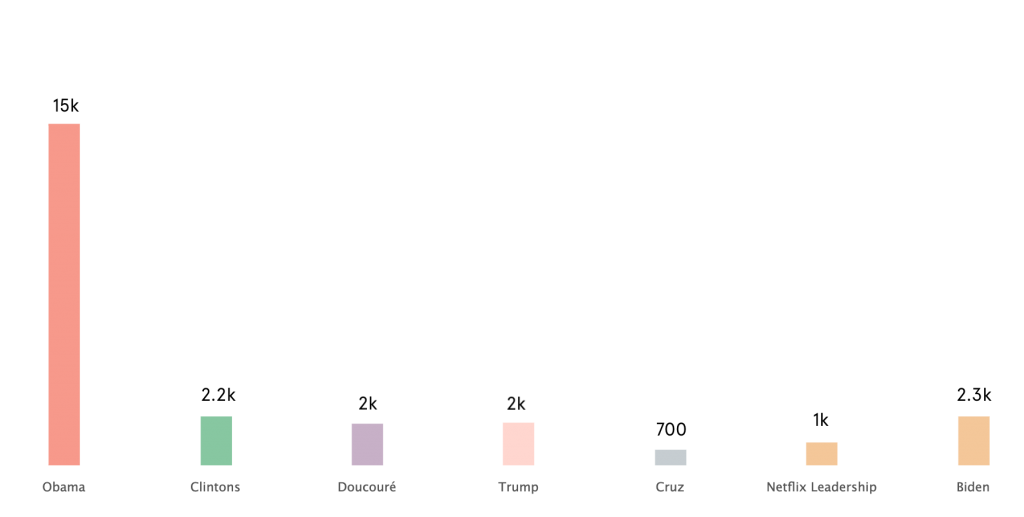 Are we really surprised that a company that would give contracts to Obama, Susan Rice and is partially owned by Soros condones pedophilia and child-twerking?#CancelNetflix

In a further indication of the issue’s politicisation, the Clintons and Joe Biden ranked second and third, despite their distance from the film, the company and the conversation.

So who is it pushing the conversation in this direction? 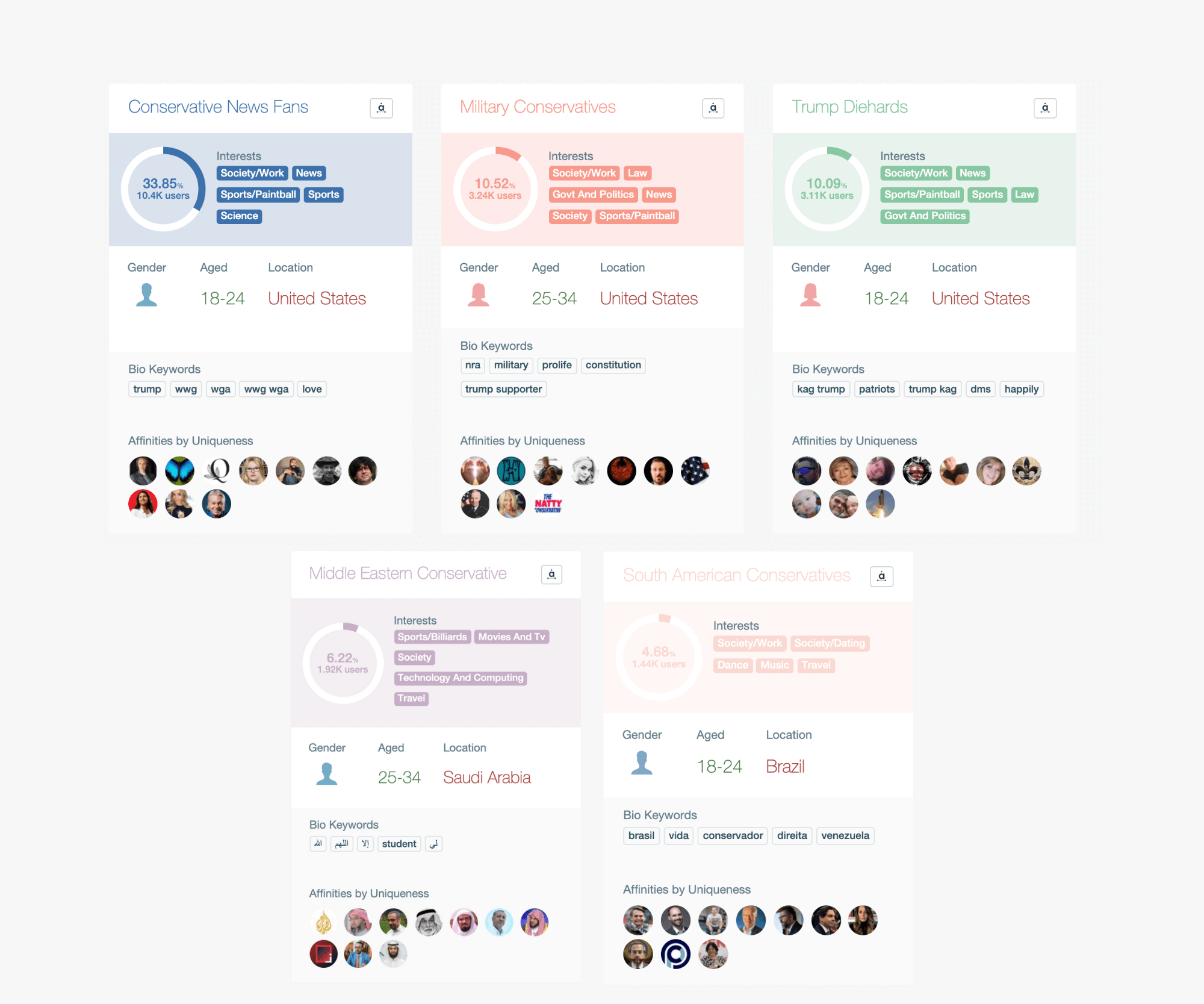 The conversation is entirely dominated by different stripes of conservative. While they share a political affinity, however, the regionalised and insular nature of American, Hispanic and Middle Eastern conservatives means that they remain disconnected in terms of shared online interests and engagement, despite coalescing around standalone issues. 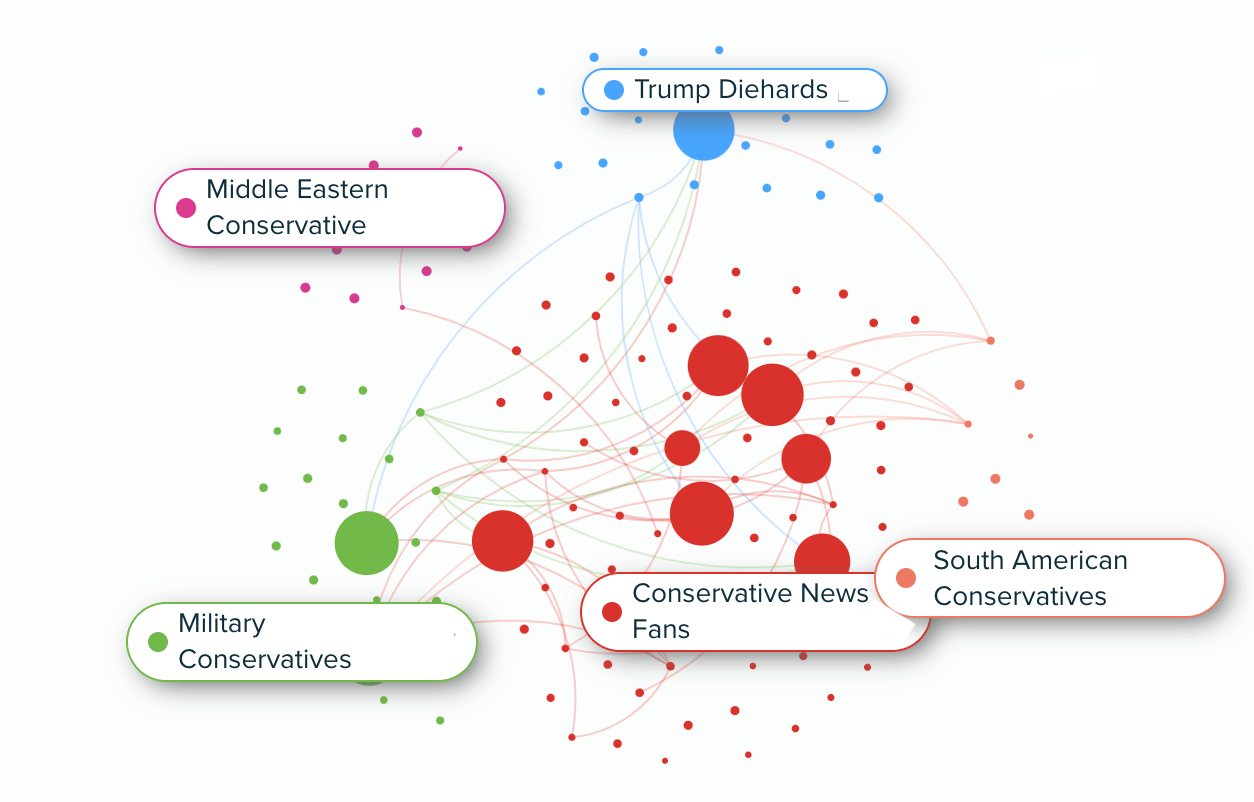 Conservative News fans, the single largest group, appear to be the most responsible for redrawing the issue along party political lines, and are the group behind the Obama aspersions. They are also the community keeping the conversation running behind its initial four day peak; while the overall conversation dwindles, theirs ebbs and flows.

Despite a shared political outlooks, and sharing influential voices with other American Conservative communities, the group we’ve dubbed Conservative News Fans behaves in a distinct way to others within the sphere, underlining how large communities should not be regarded as monoliths.

Of course, many others appreciate the movie, including from within Pulsar… 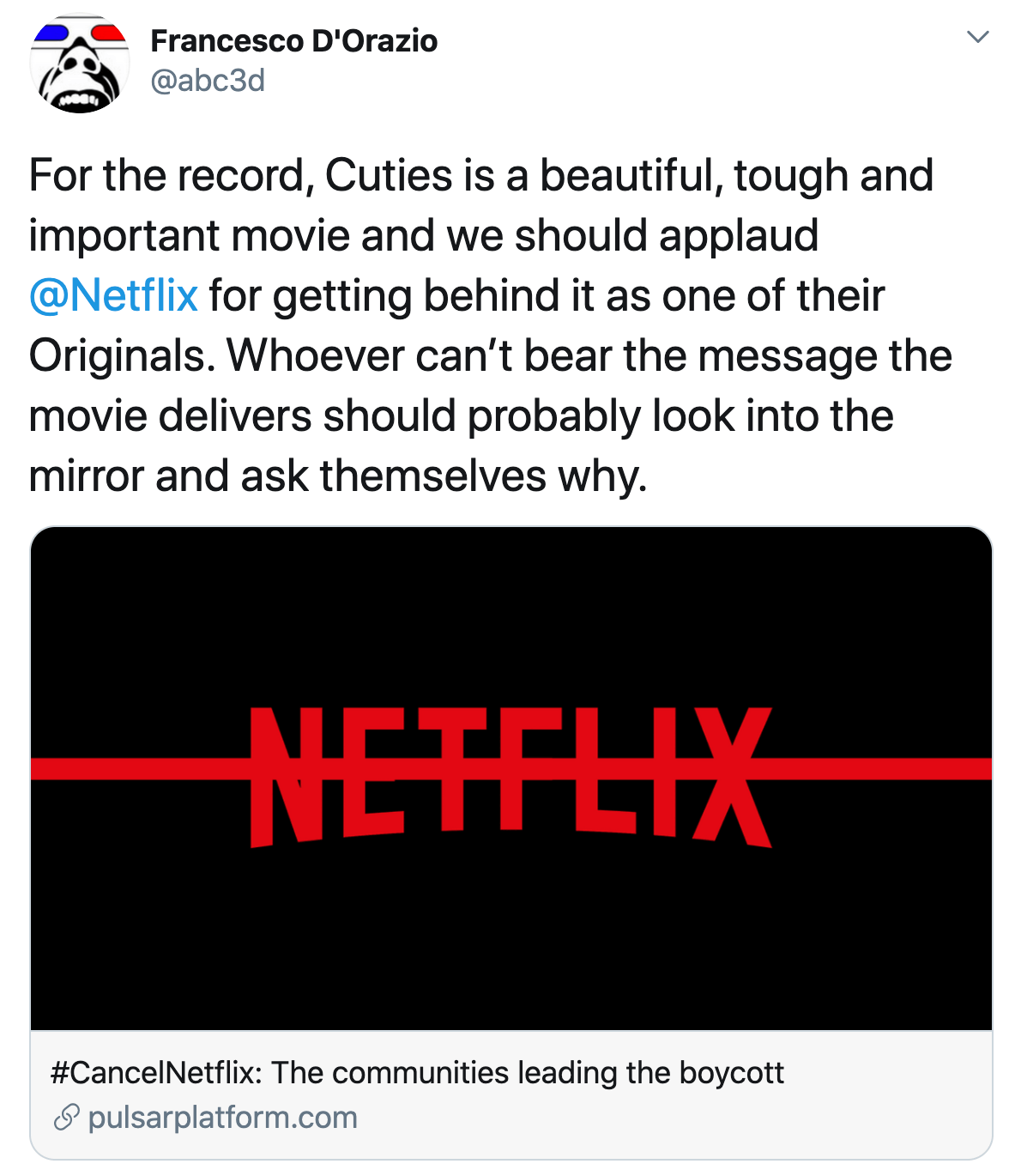 ..and from the world of literature.. 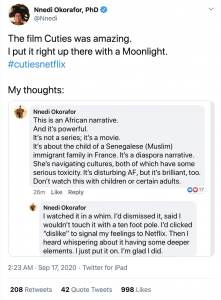 .. as well as from others, who notice how #CancelNetflix is tied to specific communities: 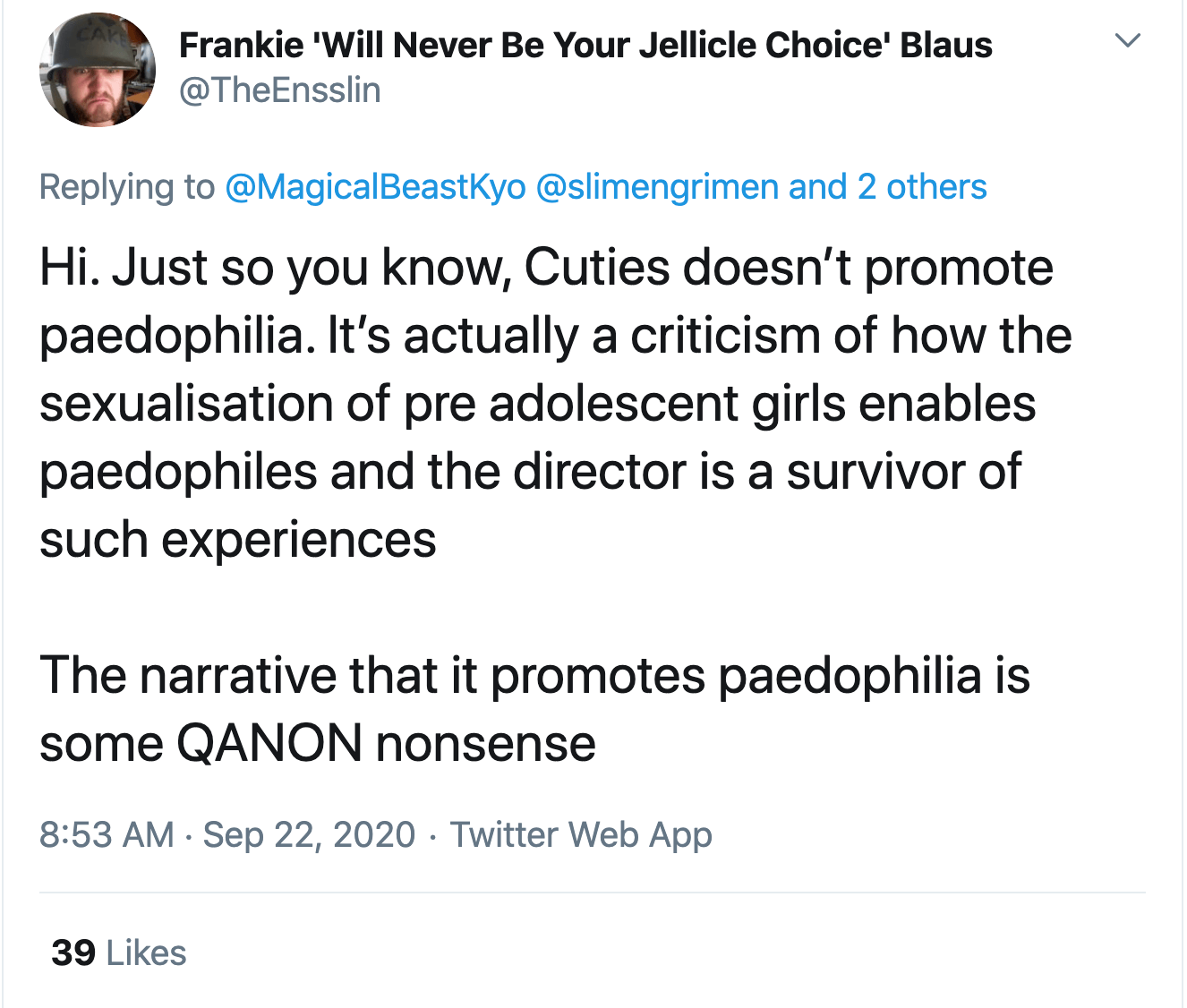 The fact remains, however, that while the positive reviews are proportional to a breakthrough indie pic, the negative response has attained thbe scale and dimensions of a global, politicized boycott.