Does It Give You Tingles or The Heebie-Jeebies? The Rise and Rise of ASMR

ASMR – short for Autonomous Sensory Meridian Response – is somewhat of a hidden but burgeoning online phenomenon. It’s basically an experience, triggered by a unique set of sounds and potentially visuals that gives the listener a static-like sensation, going from their scalp and go down their neck and back. Rather similar to the hairs on the back of your neck rising.

In its current online form, ASMR is tapping into the triggers and tingles that induce relaxation, and is often used to help people fall asleep. Some swear by it as a useful methodology, but others are less convinced. We gathered some audience insights to find out more.

ASMR is bigger than you’d expect

Given the magnitude of the latter two subjects, that alone tells you how large ASMR is online. Indeed, the top “ASMRtists” have hundreds of thousands of subscribers on YouTube, and now almost a cult following. 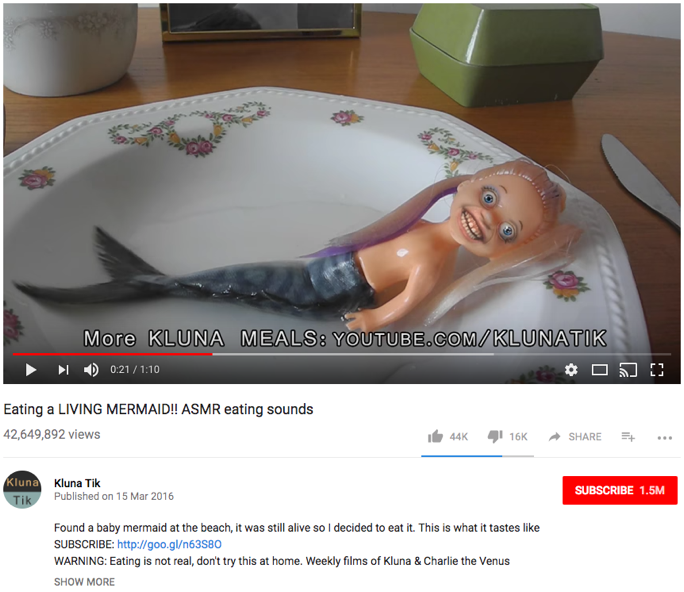 Here’s one of the top results found in Autumn of 2017. We can clearly see that these ‘experiences’ now have a narrative which has grown way beyond role play and visual context of the video is a major factor in the overall experience.

As ASMR has attained more and more press coverage – with articles and stories being published by the likes of the BBC, Guardian and New York Times – there has inevitably been more searching of it; as evidenced by the following Google Trends data: 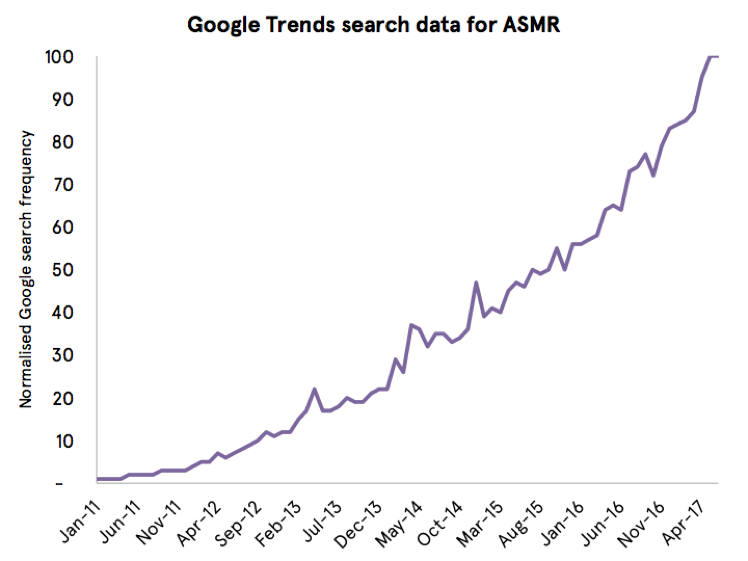 Social media discussion has caught up to the curiosity

A look at historical social media conversation around ASMR reveals that it was slow on the uptake compared to the people Googling the topic, but has accelerated over the past year as the online community and its audience grew: 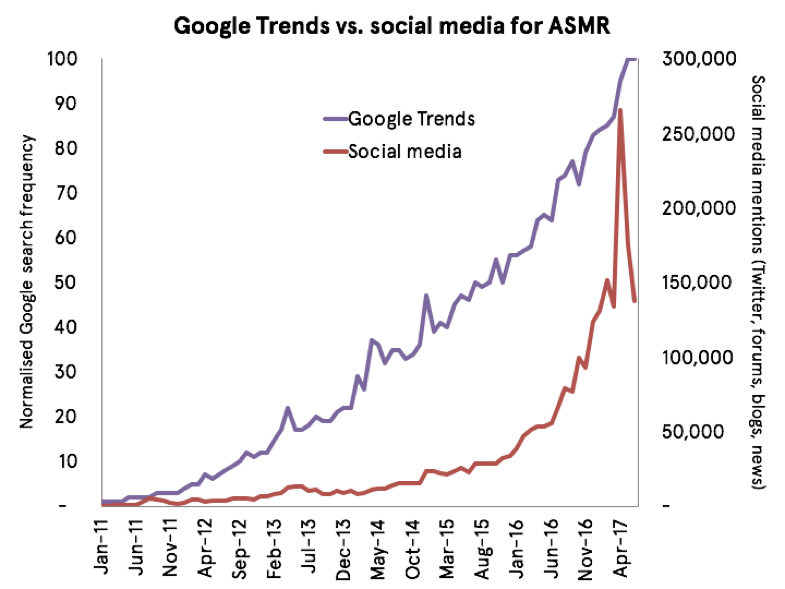 This culminated in the massive spike in April 2017 due to #InternationalASMRDay – which gained far more traction than its previous annual instances. The first six-months of 2017 witnessed over 960k social media mentions of ASMR; compared to 800k in the entirety of 2016.

Have we reached peak online ASMR?

Though the raw numbers may not show it, does the decline in the proportion of long-form conversation on blogs and forums (from 5% in 2016; to 3% in 2017) indicate that the growth of ASMR could be stagnating? Is it starting to be mentioned more in passing than discussed in-depth?

There are numerous potential explanations behind this hypothesis, with the most basic one being a desensitisation to the tingles. Simply put, if one watches too many ASMR videos, they run the risk of diminishing returns from the sensations they gain.

Another one could be that ASMR has become too mainstream, and those who fuelled its “underground” growth may no longer wish to be associated with it…especially in light of Rule 34.

A dig deep into online subculture reveals the “Rules of the Internet”, and Rule 34 states rather simply and crudely that: 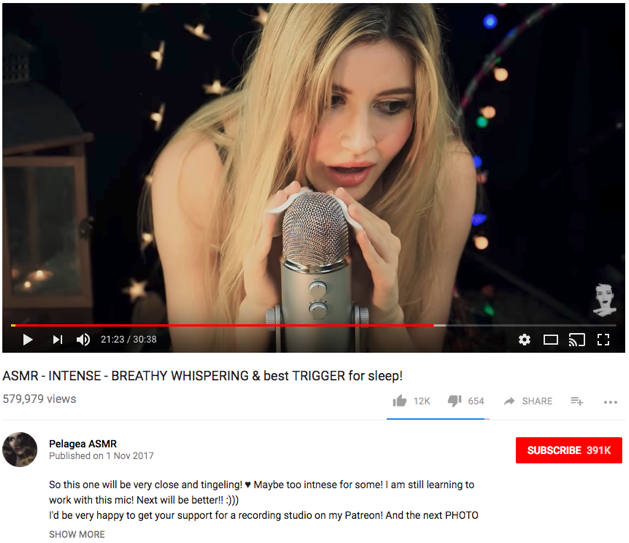 In nearly all the top results on YouTube for ASMR, you’d find some form of roleplay scenario or visual demonstration by the presenter that has a sexual connotation. However, those who genuinely enjoy the ASMR sound experience claim to discount the visuals and resent the idea that their attraction to the experience is anything sexual.

With regards to ASMR, this feeds strongly into the fetishisation of the category – especially given the prominence of young females as ASMRtists. Google Trends search behaviour reflects this: 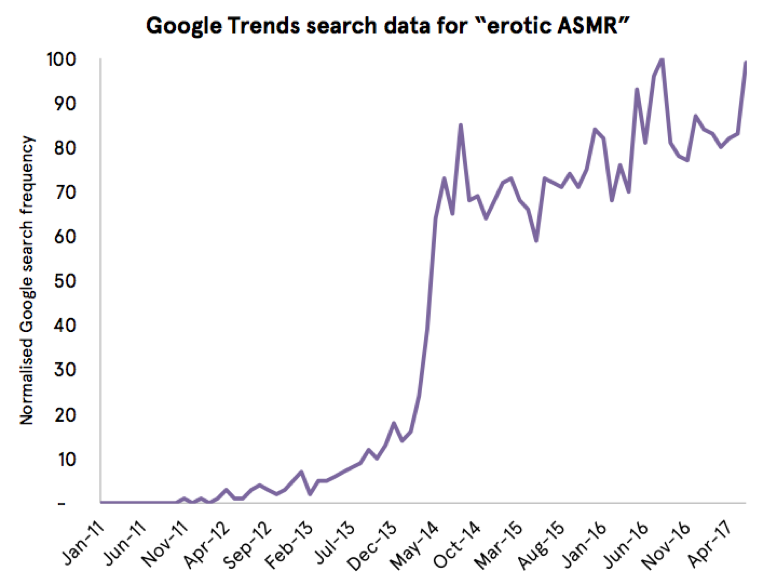 This has caused much uproar within the community between the more “traditional” ASMRtists and their fans, versus those who they believe are purposely leveraging on sexuality to attain popularity.

Could it be that re-positioning ASMR as a turn-on for the casual mainstream audience may make it a turn-off for the hardcores and trigger the ultimate demise of the online phenomenon?