On Russian VK, the Ukraine whistleblower scandal has played out very differently

The scandal that is kicking off impeachment proceedings for US President Trump is one of the hottest topics for both the news media and the US public.

But because the scandal started off in Ukraine, there is a whole other side of the conversation that is developing on VK, Russia’s largest social network. Volumes were of course not as large as on Twitter. 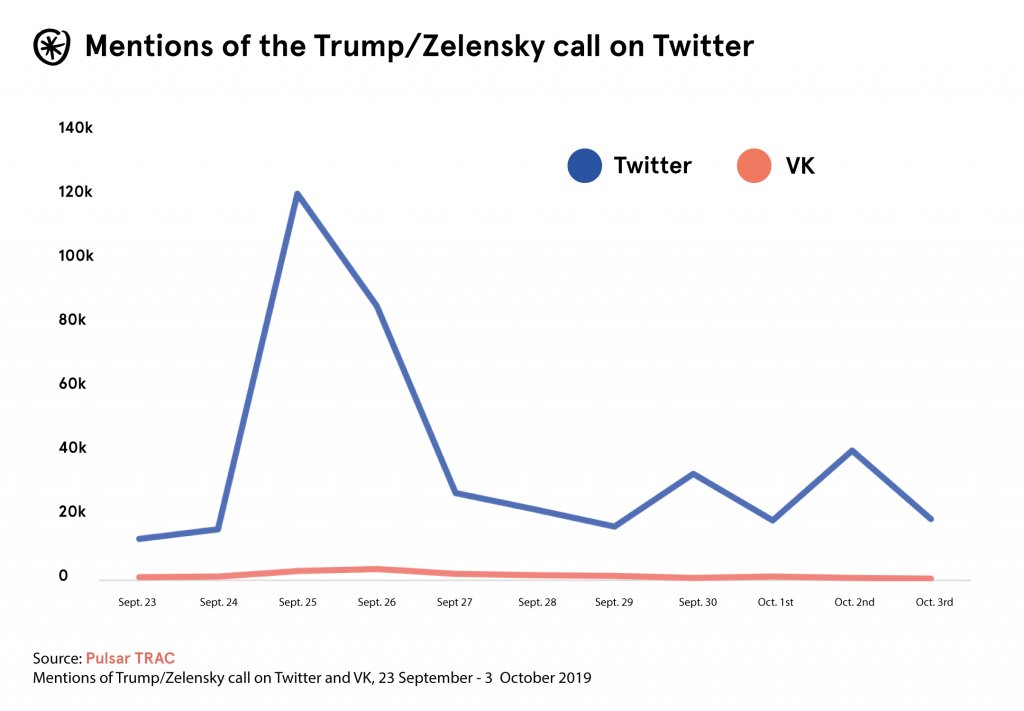 On Pulsar TRAC, we can analyze data from VK, and thanks to our multilingual team, we managed to gather some insights about the Russian reaction to Ukraine’s role in the story, and compare them to the US, Twitter-based reaction.

Because there were so many posts throughout the story, we zoomed in on reactions on Friday 27 September, amounting to about 80,000 posts and engagements on both networks, the vast majority of them on Twitter.

This was the day after an anonymous whistleblower had flagged that Trump and Zelensky’s July call had some questionable content discussing Trump’s possible 2020 election Joe Biden, causing the White House to release a transcript. Speculation about impeaching the US President was building, especially given the supposed involvement of his current attorney Rudy Giuliani.

What do people care about?

Splitting the mentions out between Twitter and VK according to feelings about the scandal, we get a very different view of people’s perspectives.

On Twitter the main feeling being stated was upset, showing that people in the US were worried about what the scandal could lead to, whether they are Trump supporters or not.

But on VK, users seemed to disregard the scandal, saying they didn’t think it was a big deal. In fact, there was no sign of people on VK being upset at all!

What part of the Scandal drew people’s  attention?

While Donald Trump has been in the public eye for a long time, Zelensky, the former comedian who was elected president of Ukraine in May, has mainly entered the news cycle’s consciousness due to this scandal. Some of the biggest topics around their call, then, focus on its implications.

Much of the focus on Twitter is on the transcript of their phone call, as well as the hunt for the whistleblower who started the scandal. On VK the specifics of the conversation are more about the concept of impeachment as a result of the scandal. 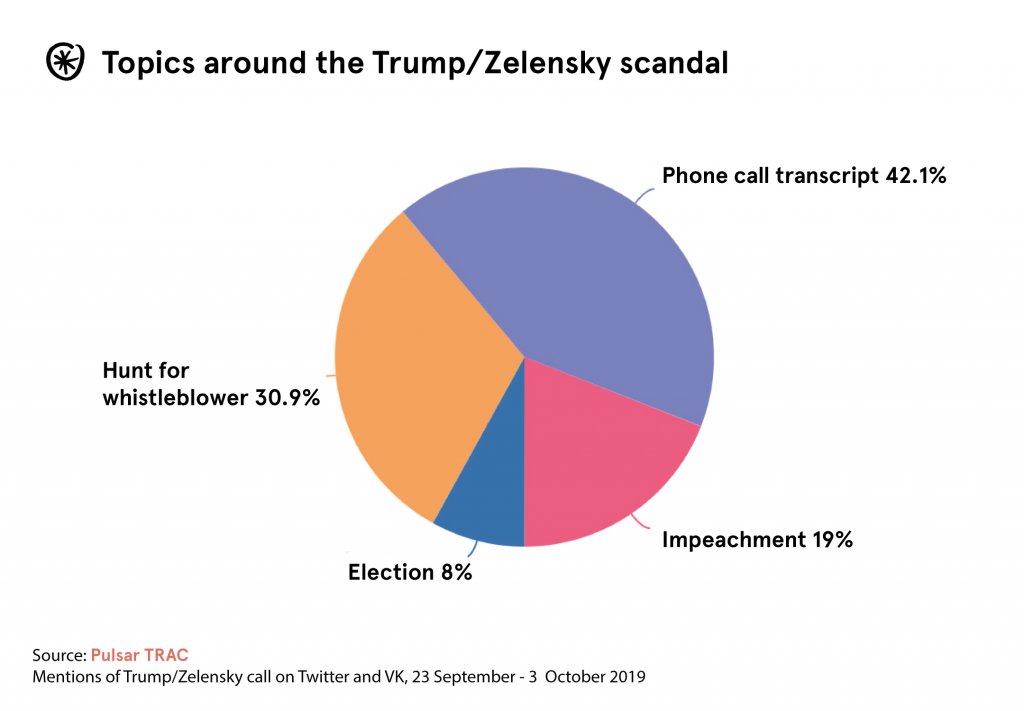 The whistleblower has been proven remarkably accurate, first about Trump’s call with Zelensky & now about improperly up classifying the actual record of the call. The whistleblower is, in fact, a lot more accurate than the President. https://t.co/7OInKt2SbJ

Romney trash-talked Trump over his phone call with Ukranian President Zelensky, but meanwhile he has his OWN connection to Burisma!! https://t.co/bzfZuKW1YW

And here are some of the top posts on VK: 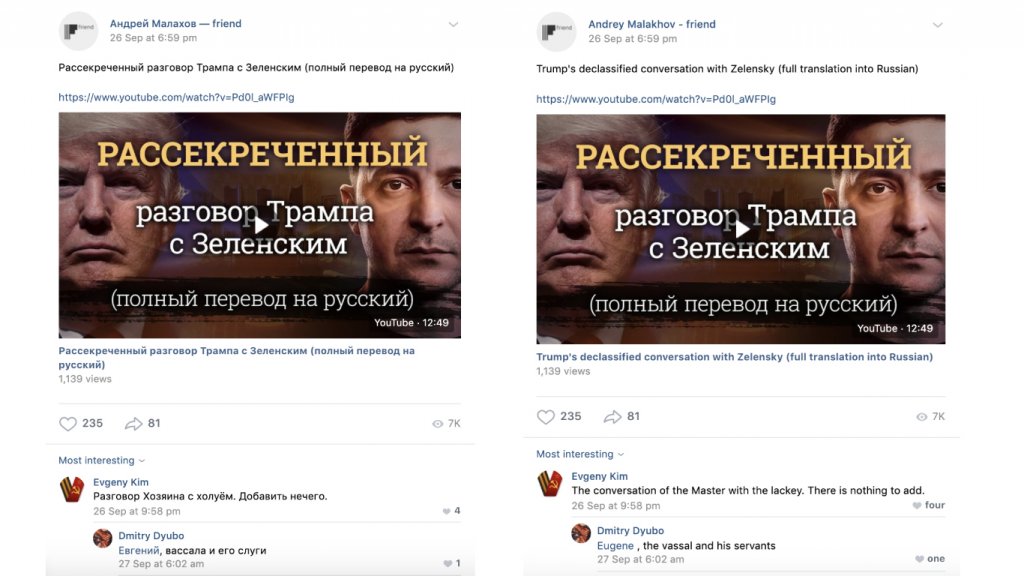 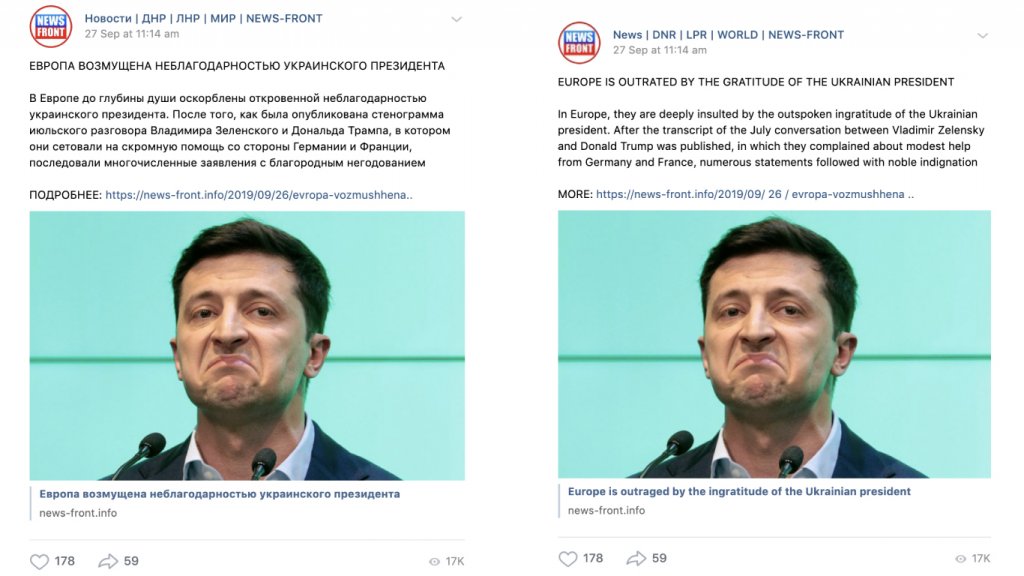 The most engaged tweets include observations about the details of the situation – high engagement may be because these are new nuances to people engaging who are looking to hear a damnation of Trump, or in the case of one of the tweets a way to absolve him.

But on VK, concern is about Zelensky’s reputation and how he will look both compared to Trump, and to the rest of the European Union, as well as the dramatic potential of Trump being impeached.

This story has already developed into many different directions, with different actors coming to the forefront as it develops. Here’s who was being discussed the most during the period we analyzed: 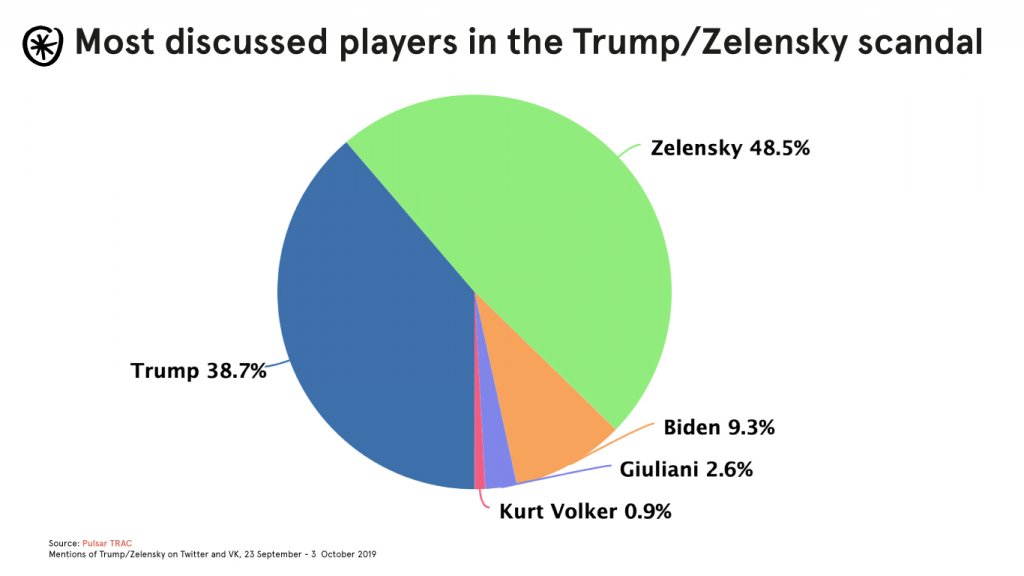