How did a spotty dress from Zara go viral online?

This summer, everyone’s wearing the same spotty dress from Zara. The polka-dot dress has been all over the UK, and has just landed in stores in the US.

It’s gone viral, creating a virtuous cycle between online meme and real-life trendspotting: several people having the same item of clothing is not uncommon, but the online viral appeal of ‘the dress’ is about the scavenger hunt of seeing people in it, and the excitement gained from having a famous item of clothing. 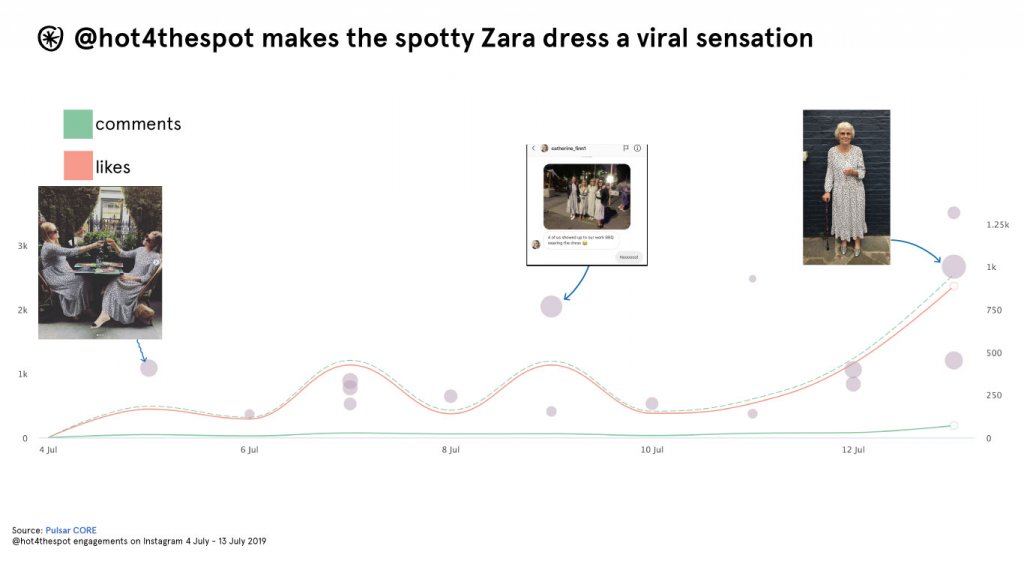 We’ve spotted the polka dot dress here at our London HQ recently, thanks to Pulsarian Maud Bourke, who owns the dress (and has done before the hype started). She says “I don’t find it annoying that a lot of people have the same dress as me. People seem to think it should be embarrassing, but it’s great.

“I was wearing it the other week and in a cafe saw a girl recoil that we had the same thing on, but I ended up showing her the Insta account, and how much fun people are having with it and we made friends and took a selfie together. 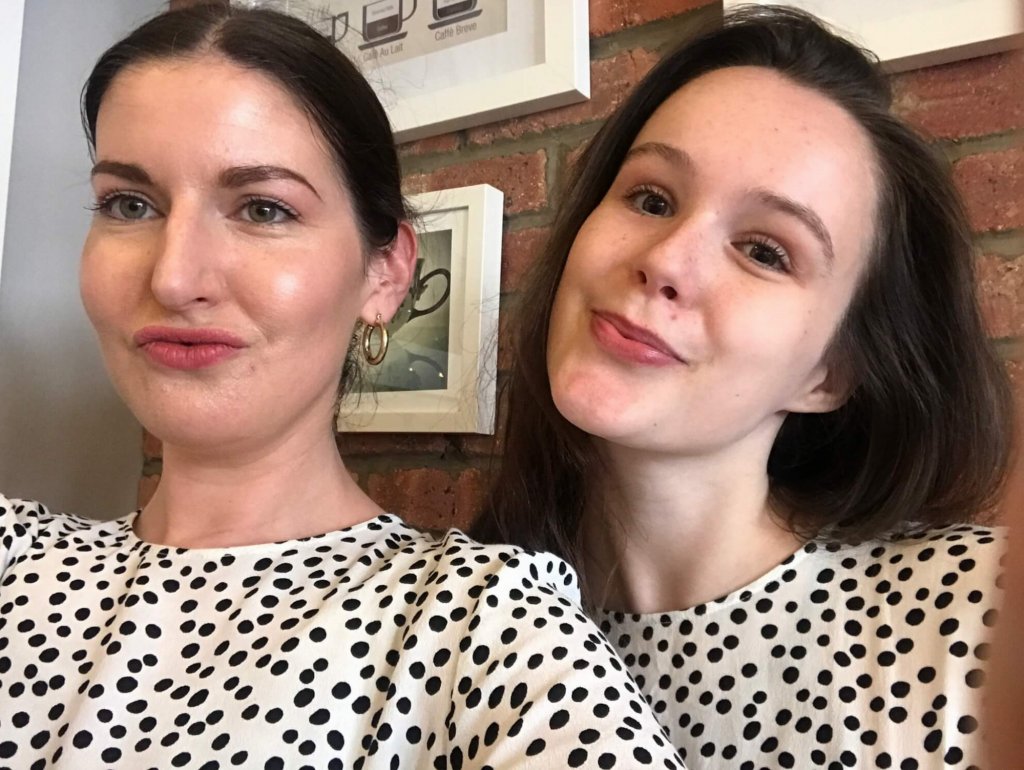 “It’s so fun – I love that it’s become a whole sensation.”

So why this dress?

The spotty Zara dress went viral thanks to the Instagram account @hot4thespot. Fashion stylist Faye Oakenfull created the dress account in April. She posted an Instagram story of two co-workers wearing it, which began an auto-crowd-sourcing: friends started sending her enough pictures of the dress ‘in the wild’ that it seemed necessary to get its own account.

“The best part is how excited people are to finally spot it. Once you pop your dress cherry you just can’t stop! I see the dress everywhere, sometimes in my nightmares” she told Stylist.co.uk.

The Instagram account hit its all time high in July, and is still growing, and it’s the driving force behind the virality of the dress throughout other platforms as well. Add in a load of press from titles like Refinery 29, Vice and even the New York Times and you’ve got a viral sensation.

Conversation online about the dress is made up of a few different topics, both about its style and about the sensation of the @hot4thespot account: 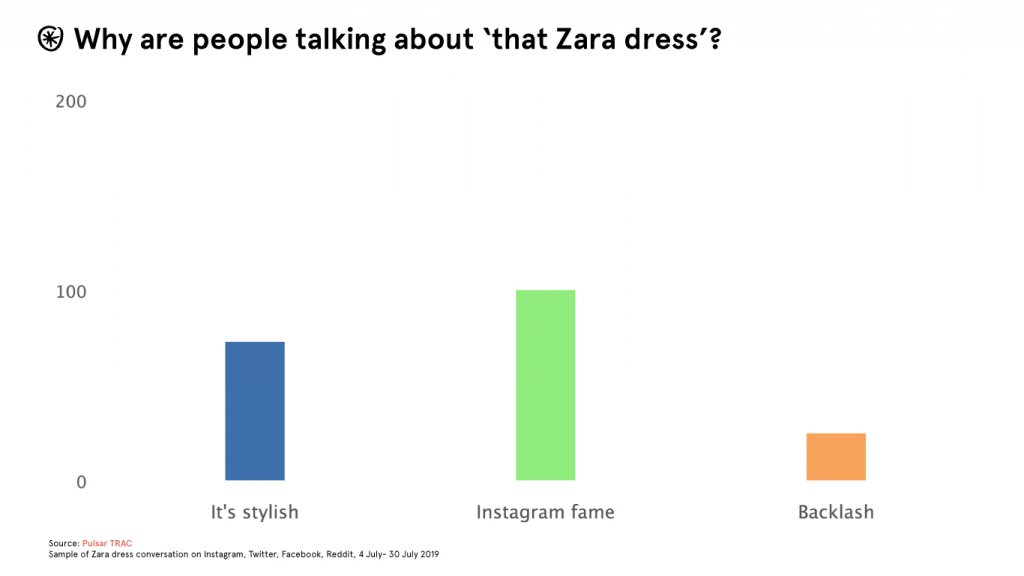 There’s the people who love actual style of the dress whether it’s famous or not:

It’s that @zara dress!!!! Yep I’m going to risk it today even whilst hitting the shops for some client research! I bought this back in March and fell in love with its simplicity and loose fit and being blessed (or not blessed) with a smaller bust the high neck line is perfect for me! At the time I didn’t realise that most of the female population would decide the same and that it even now has its own insta account @hot4thespot but but so far I have dodged any outfit matching but in my mind #twinningiswinning wish me luck! Any twinning spot ladies I’ll be sure to get a selfie! #stylewithwisdom #thatzaradress #zaradress #styleinspo #dressinspo #mumonaschoolrun #mumstyleblogger #outfitinspo #spottydress #hot4thespot #stalbanslife #stalbans #hertslife #personalshopper #personalstylist #getthelook #mystyle #styledbyme

…combined with the fun of chasing the latest thing which ranges from being influenced by the Instagram account to dress owners being tagged in a post about spotting it, or making friends with fellow polka-dot wearers…

This dress has its own Instagram account and please don’t ever ask me again if social media is influencing my shopping habits 🙈 #TheDress #hot4thespot pic.twitter.com/Q2Dg9FWMuY

Just had my first spotting of The Zara Dress in public. Guys, I have to admit that I hate it.

… all added up to the spotty Zara dress being the named star costume at our meme-themed summer party this year: