Two weeks ago the Internet was hit by another viral sensation – ‘Messi’s biggest fan’. We tracked the story spread online and turned it into a beautiful data visualisation (scroll down to view).

An image of a boy wearing a Argentina football shirt made from a plastic bag, was posted to Twitter. In turn this sparked a worldwide search to locate and identify the boy in the photo. 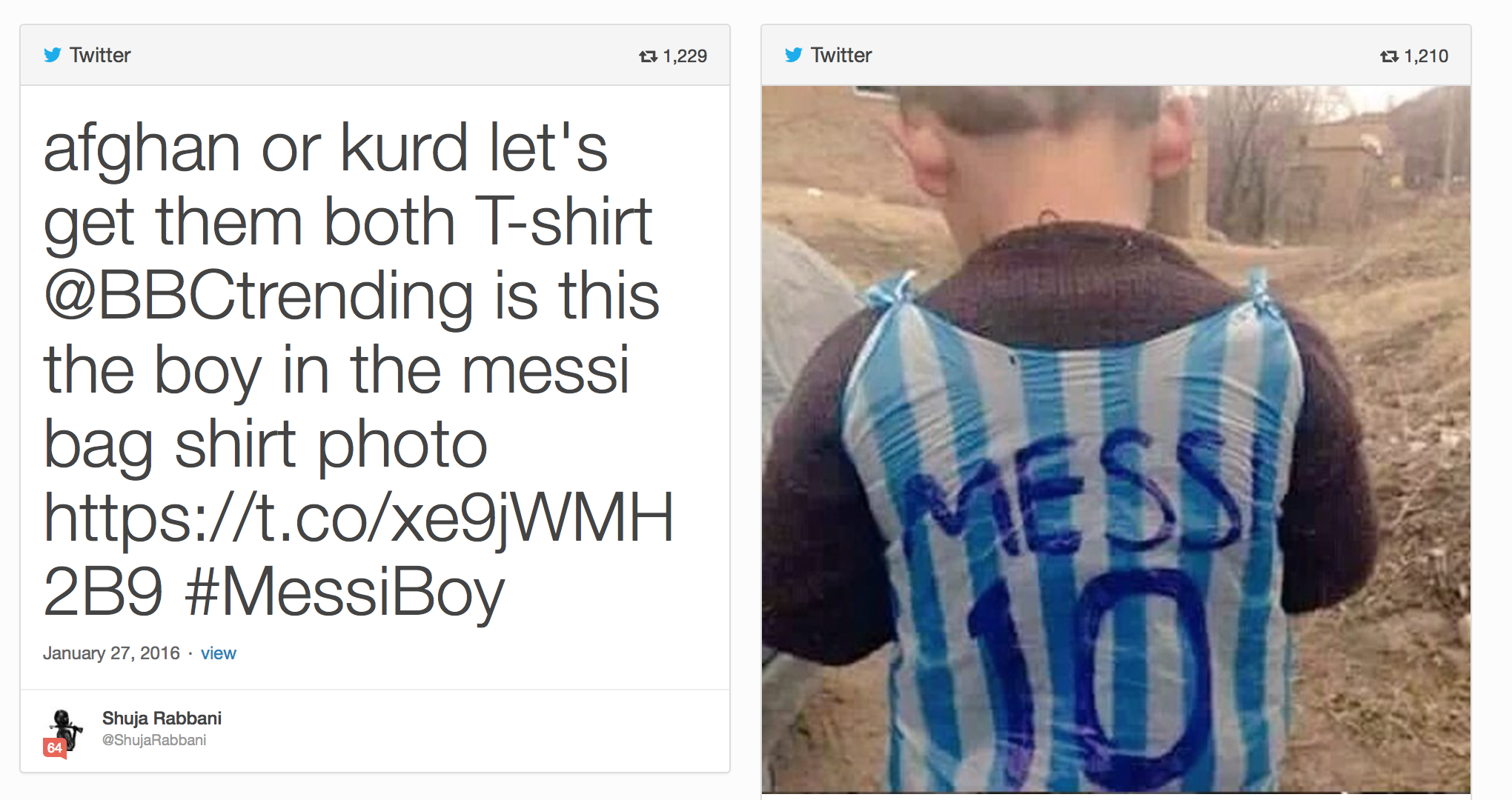 We followed the story on Twitter to visualise and map its virality. The data visualisation below shows how key influencers can impact a message’s social media journey. The nodes represent visibility, a mix of reach and engagement generated by each author (you can read more about our Visibility 2.0 algorithm here).

The colour of the nodes represent the country of the author. The top countries involved in the conversation were the US – 14.5%, Argentina – 8.7%, Estonia – 5.2%, and the UK – 4.5%.  We are able to get 75% of geolocalised content through our advanced geo-coding technology, which can identify and scale where people are most talking about the Messi image.

Using relevant keywords to track the photo on Twitter, we were able to compile an activity graph (below). The graph identifies peaks in conversation, allowing us to analyse and find correlations between the volume of mentions and the story unfolding in the media. Unlike many social media phenomenas, the content didn’t just peak over a couple days and then die off – over a period of three weeks the story continued to gain and lose traction.

The first few peaks show the picture’s initial surfacing on Twitter –  sparking high levels of chatter whilst the story gained momentum. After two people identified themselves as the boy in the photo, speculation continued to grow which resulted in even larger amounts of online conversation. Once the identity of Murtaza Ahmadi was confirmed as the boy in the photo, Barcelona FC announced that Ahmadi would meet Messi and the team in Spain.

The story generated 33K mentions over a three week period, and at its largest peak reached 30 million people on Twitter. 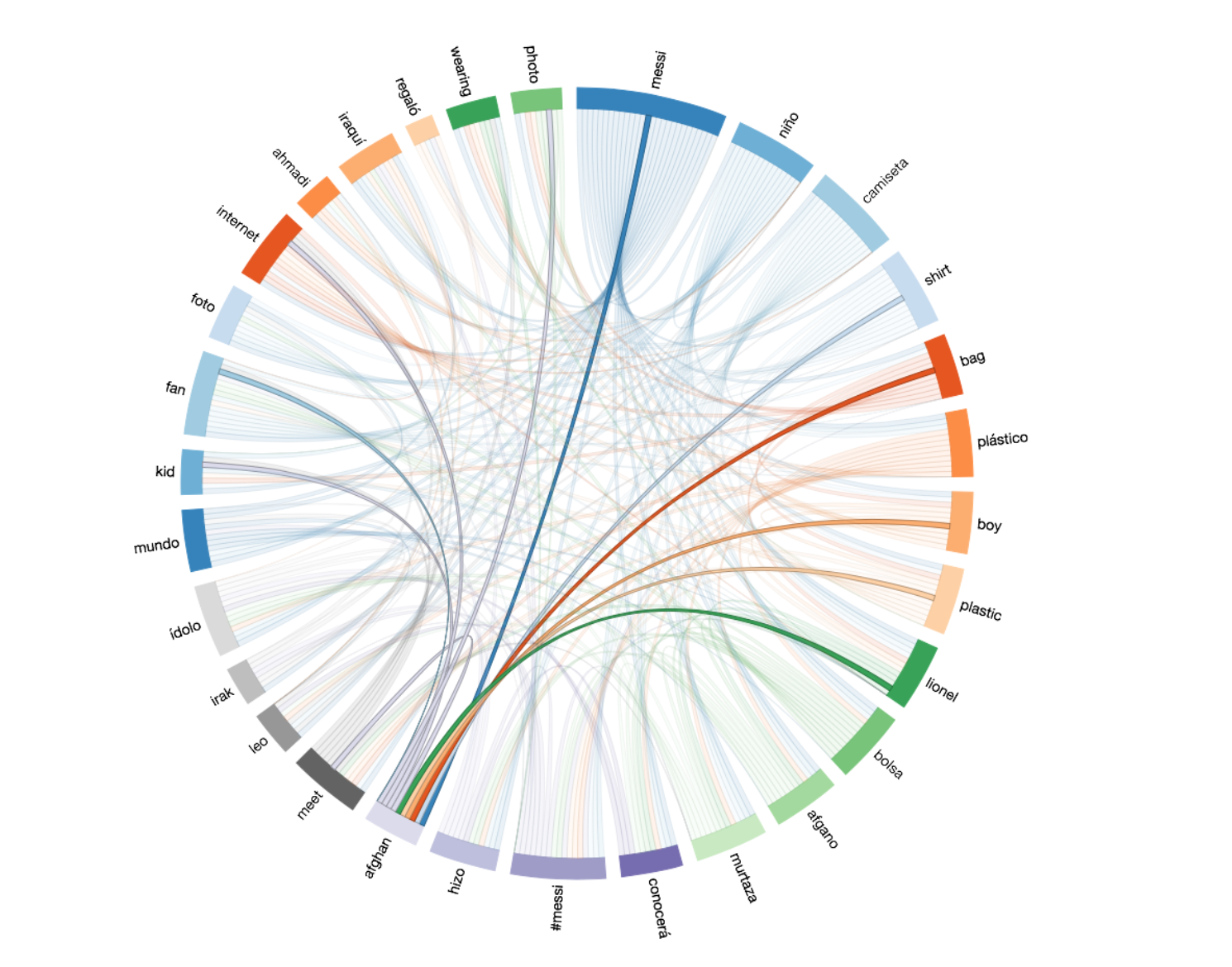 The bundle allows us to analyse how different keywords in the dataset are connected. We can also see what the major talking points are. For example, after two boys came forward: one from Afghanistan and the other from Iraq, speculation around the boys’ nationality became a reoccurring theme. We know this because “afghan”, “afgano”, “irak”, and “iraqui”  are highlighted as keywords in conversations around the image. In particular, “Afghan” is connected to every major keyword used to describe the photo.

Since the photo was uploaded to Twitter, Murtaza Ahmadi from Afghanistan was identified as the boy. The Afghanistan Football Federation and the Leo Messi Foundation sent Murtaza the full Barcelona football kit and have organised for him and his family to be flown over to Spain to visit the stadium and meet the team.