‘A rapid research response to the death of Aylan Kurdi’: How the social media study spread 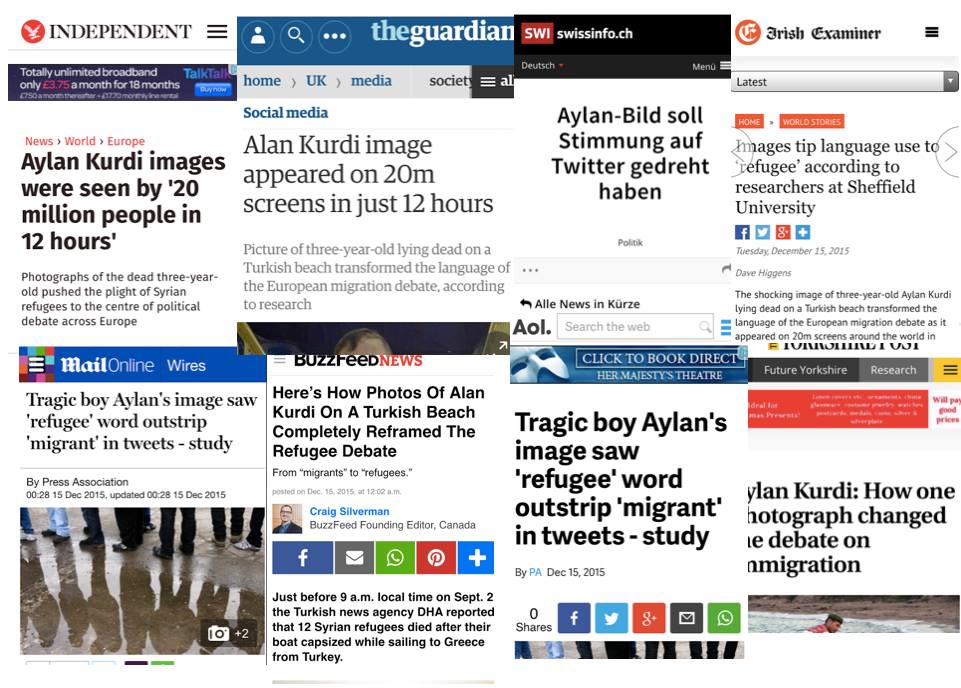 Last week, we were amazed at how well ‘The iconic image on social media: a rapid research response to the death of Aylan Kurdi‘ was received by the world’s press. We watched the story spread around the globe, so in this blog we thought we’d share a round-up of the biggest publications who chose to release the study.

The research paper was released by Visual Social Media Lab, a project we co-founded last year in collaboration with four UK universities to push the boundaries of image analysis and understanding in social media.

The research focuses on an image framing one of the biggest issues in 2015 – the refugee crisis – made memorable by the tragic image of Aylan Kurdi lying face down on a Turkish beach. The study found that the image changed how language was used, with people shifting from using the term ‘migrants’ to ‘refugees’. The study also shows how Twitter was instrumental in the spread of these images, which made the story mainstream and global before the first official article was published. You can read the full paper on our blog here. 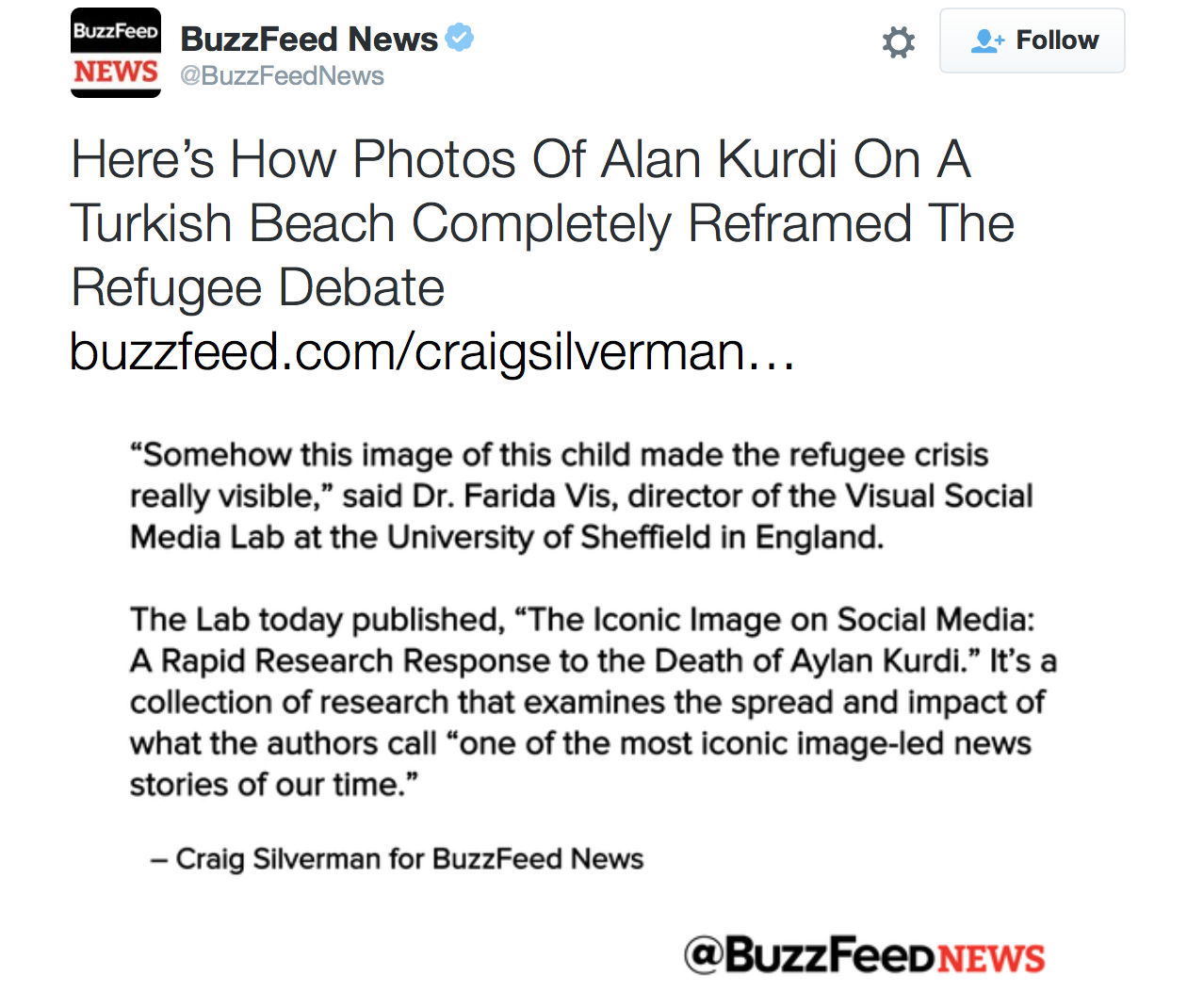 For any questions do reach out to Francesco on Twitter at @abc3d or email him at [email protected].