23 Things You Never Knew You Could Market With #Llamas

Last night we saw #llamas trending on Twitter. Two of them had escaped on a motorway in Arizona, and the live TV footage of their exploits while evading capture became, of course, a bit of a Twitter viral sensation.

What also happens when there’s a viral hashtag is that – you guessed it – brands and companies start jumping on that meme. And the public play around with it. And before long we’re talking about 23 other things than, actually, llamas.

Here they are: the 23 Things You Never Knew You Could Market With Llamas

Obviously. All the usual suspects for hyper-clickable, fun, distracting content leapt on this story like a pack of ravening vultures…   And by our reckoning, Mashable got the spoils – narrowly beating out Buzzfeed by 2603 Twitter shares to 2,357 in the 2 hours we tracked, as this visualisation of the most shared domains shows.

Evidence of a big shift in media consumption habits, YouTube is in 4th place,  with nearly 4x as many retweets of Vines. The ease of playing Vines within your Twitter stream is part of this, but it’s also about the rise of a new genre of internet micro-celebrity we DO NOT understand.

How is this a thing? @twaimz has 184,000 followers, a llama-themed profile and BigCartel t-shirt shop, and gets 3,300 retweets and faves on his Vine. 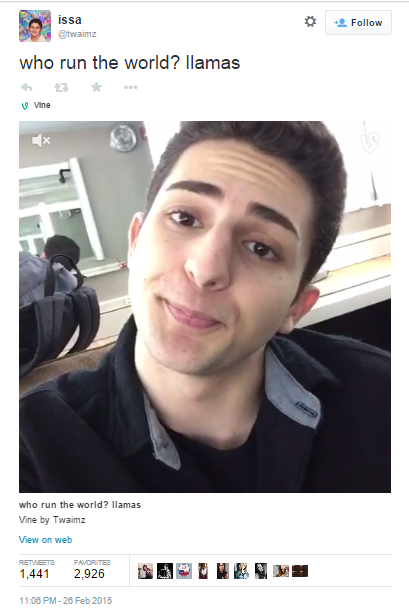 If any planners reading this have worked out how to leverage this kind of content, TELL US. We’re all ears.

“DID YOU KNOW? The lifespan of the average llama meme is three hours” said @TheTweetOfGod 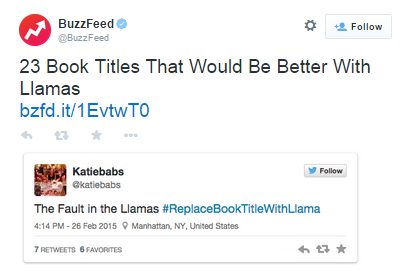 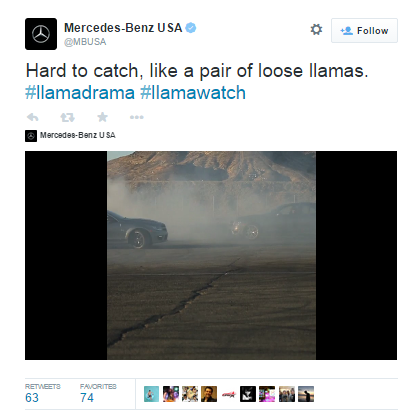 6. Jokes about race in America and social justice

Americans talking about racial inequality and making jokes where the country’s racially unjust institutions are the punchline. Interesting stuff about a meme & a hashtag functioning as a gathering place for people to laugh but also show solidarity about their experiences of discrimination. 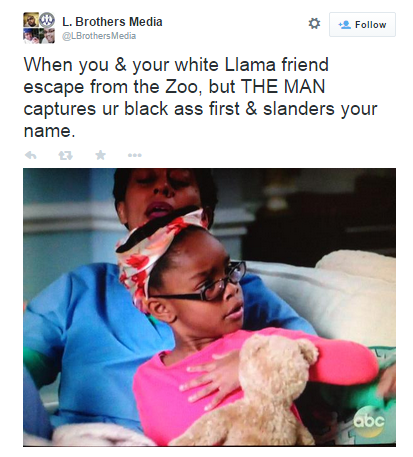 Memes are diverse! That’s the point and how they’re distinct from regular virality where  just one piece of content is shared. No, memes split off in many different directions as people do their own things with them.

One of the most popular jokes here from @briaatortillaa too.

” I understand the black llama may have been on his way to join terror group Al-Paca”
“Is-llama”
And so on.

The same jokes as above, looked at from a different angle 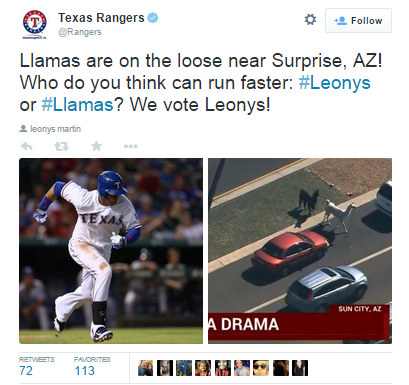 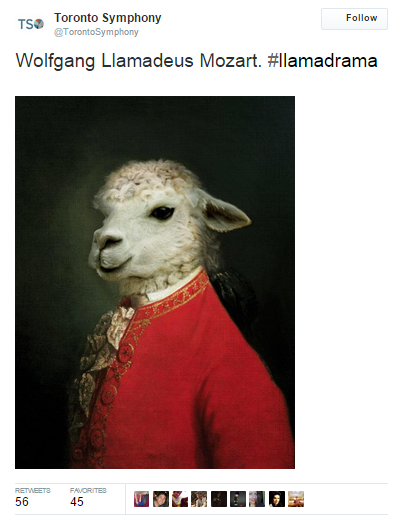 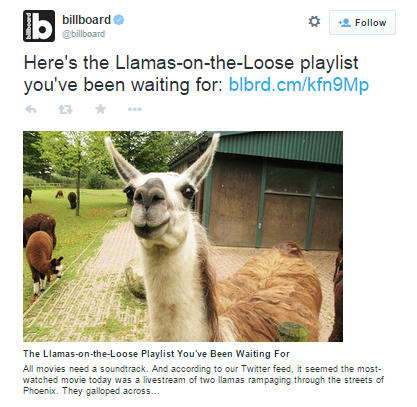 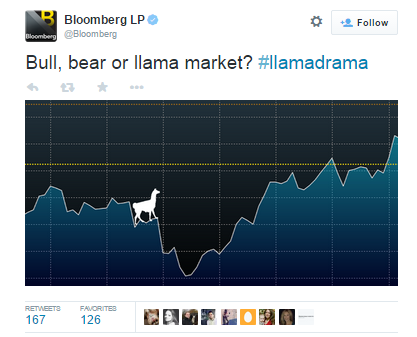 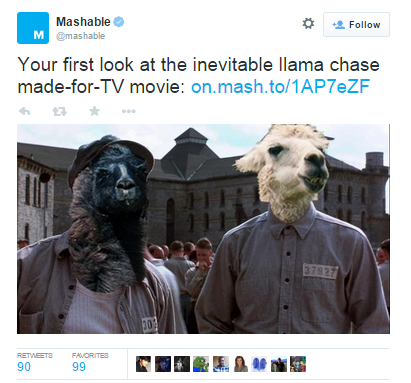 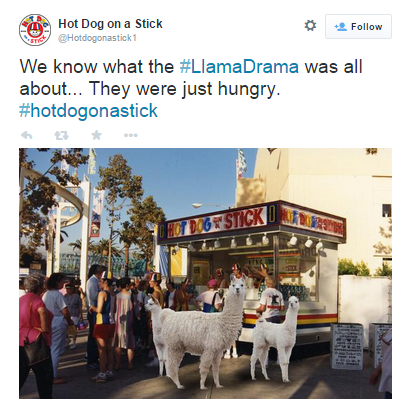 17. The state of Arizona

18. Criticism of Arizona’s attitude to immigration

“Sorry folks, there are no #llama artworks in our collection, but here’s something close enough.” [image of something that’s not a llama at all] said @AsianArtMuseum 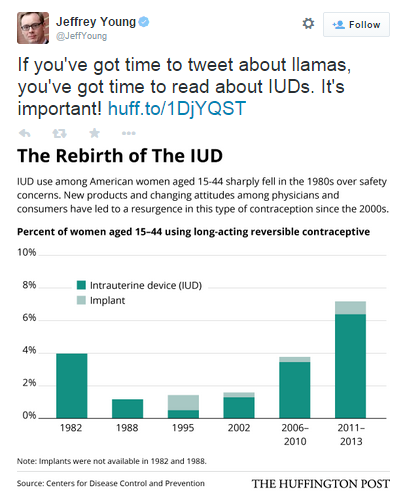 *sounds of barrel being scraped*

21. The public’s shameful ability to be distracted from the Net Neutrality debate

“We can neither confirm #llamas did not infiltrate our #datacenters at #120VanBuren or #2121Price, Arizona. #llamadrama” from @DigitalReality