TikTok & education: what users want to learn about

Although often cast as the unruly kid at the back, TikTok has recently given multiple indications that it’s looking to cross the classroom floor and establish itself as a player within education.

And so, in addition to trialling a ‘Learn’ menu item, that directs selected users to an education-based feed, the platform also unveiled #LearnonTikTok, a top-down initiative established to create a space on TikTok for educational creators. 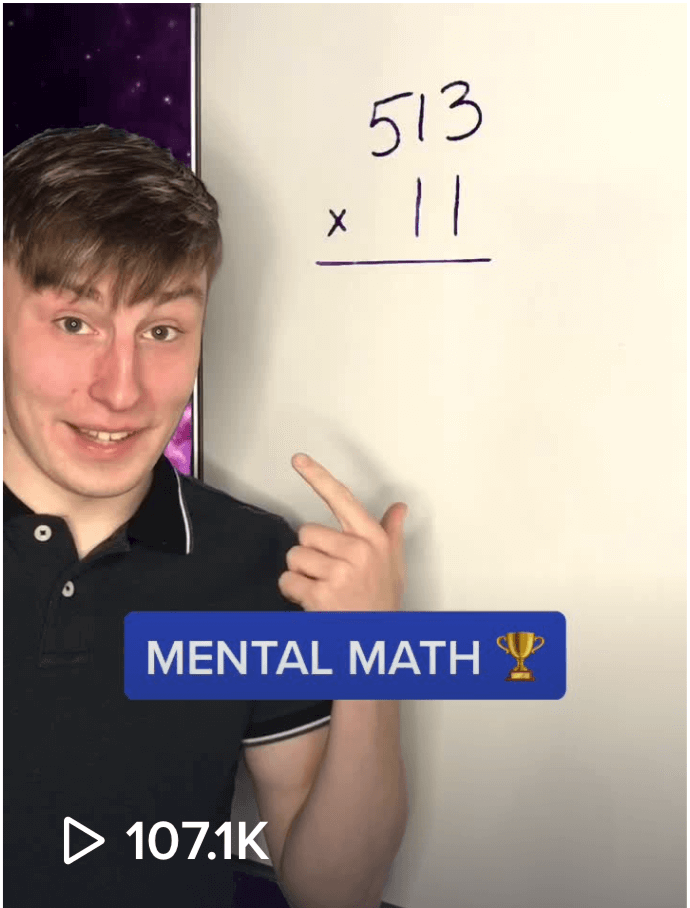 As anyone even slightly versed in social media might have predicted, however, no syllabus could hope to pre-empt all the user-bases interests and preoccupations, which have seen hashtag use coalesce around several main topics of interest. 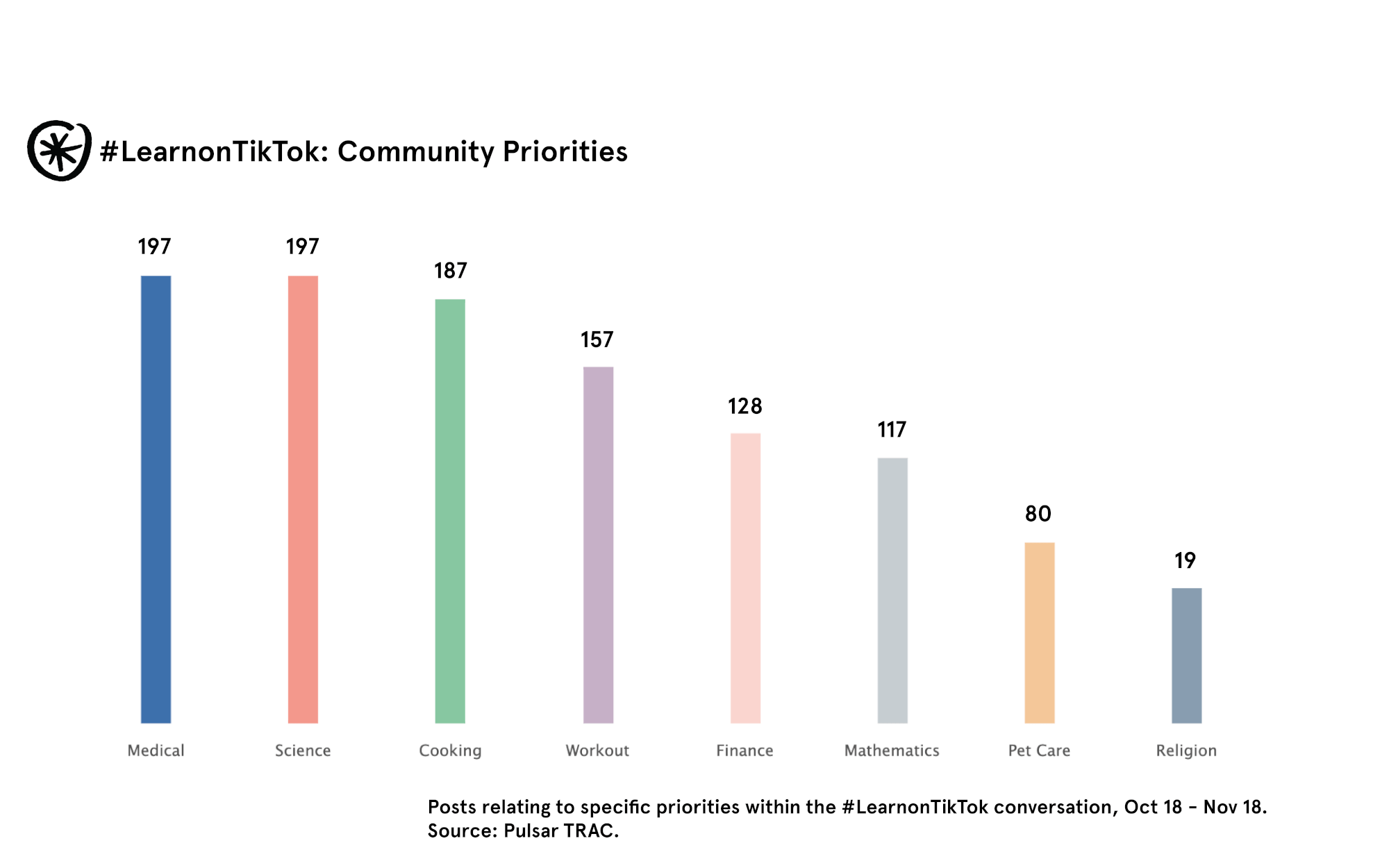 In a sense, this graph sketches out a curriculum as dictated by the platform’s loosely defined student body. Traditional subjects such as mathematics and science are well-represented, with the latter in particular reflecting the involvement of celebrity influencers such as Bill Bye and Neil DeGrasse Tyson.

On a not unrelated note, however, we also see medical posts feature highly. 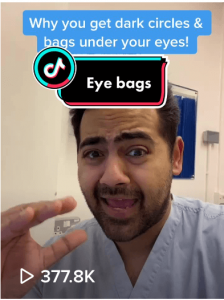 This can manifest as the wholesome content of surgeon dr.karanr, whose explainers into such topics as why we get bags beneath our eyes are informative, accessible and engaging. The types of posts, in other words, that TikTok would have wanted to proliferate.

So popular have these posts been, in fact, that dr.karanr scores highest on our bespoke visibility index. 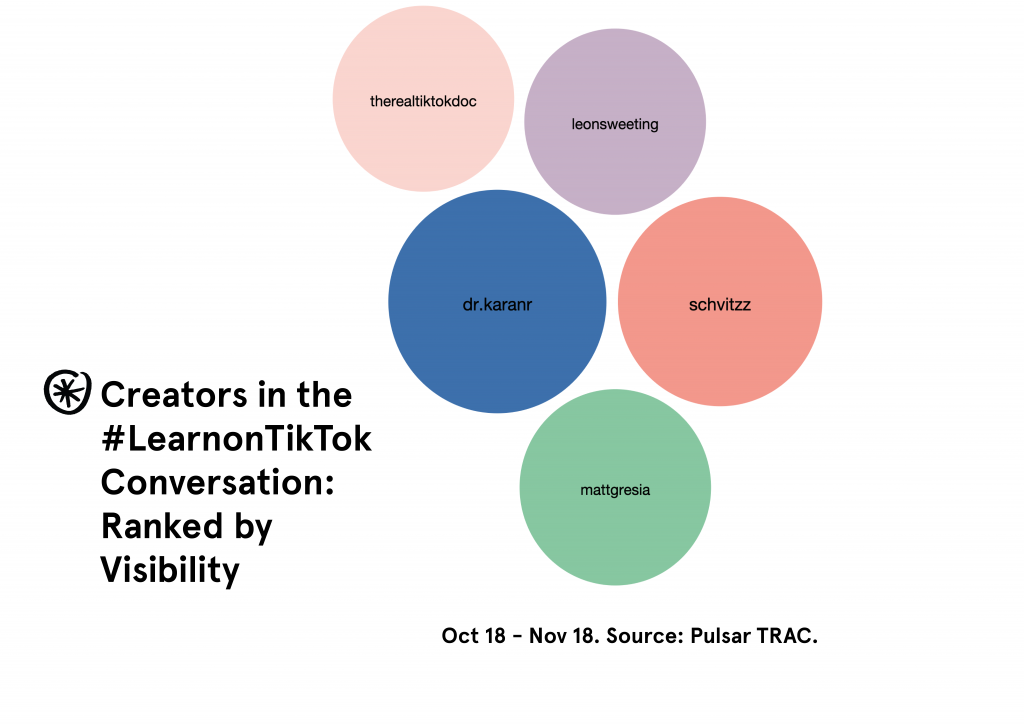 Then there are accounts like that of therealtiktokdoc, ranked fifth on the same metric. Like his UK-based colleague, this doctor records informational videos on medical grounds, from a medical standpoint. 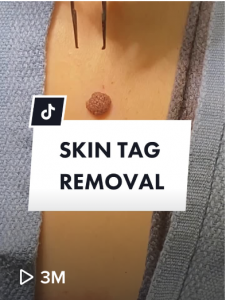 There, though, the comparisons end. The channel of Dr Rick, a plastic surgeon, features numerous grisly videos that depict him sifting through assorted fat, skin and viscera. While his stated mission is to improve visibility around his profession, it appears more likely that his viewership are attracted by an array of NSFW videos than any keen desire to pick up plastic surgery tips.

In fact, popular posts appear split between two broad types. The first showcases specialist knowledge normally gated behind educational or workplace barriers, such as surgery. The other, meanwhile, presents itself as easily attainable, whether that means cooking a nutritional meal or becoming closer to God — ‘easy’ is the fourth-highest ranking keyword across the entire conversation.

If you’d like to see this dataset first-hand, or understand how audiences on TikTok discuss topics which matter to your organization, you can request to book an appointment with one of our specialists by filling out the form below.

Feeding into your wider strategy: Advanced audience intelligence and insights for the education sector

US Higher Education: the impact of a tumultuous year on Ivy League brands