Spring –not January– is when gyms get packed

As gym tourists clear out, real interest picks up
Written by Victoria Gray

Every January, resolutions come up, and like clockwork, gyms get full.

And just as resolutions begin to falter, the committed ones’ interest in joining a gym starts to build up.

This time last year the gym-joining conversation picked up, with more than 10k conversations about signing up to the gym happening between March 13-18th: 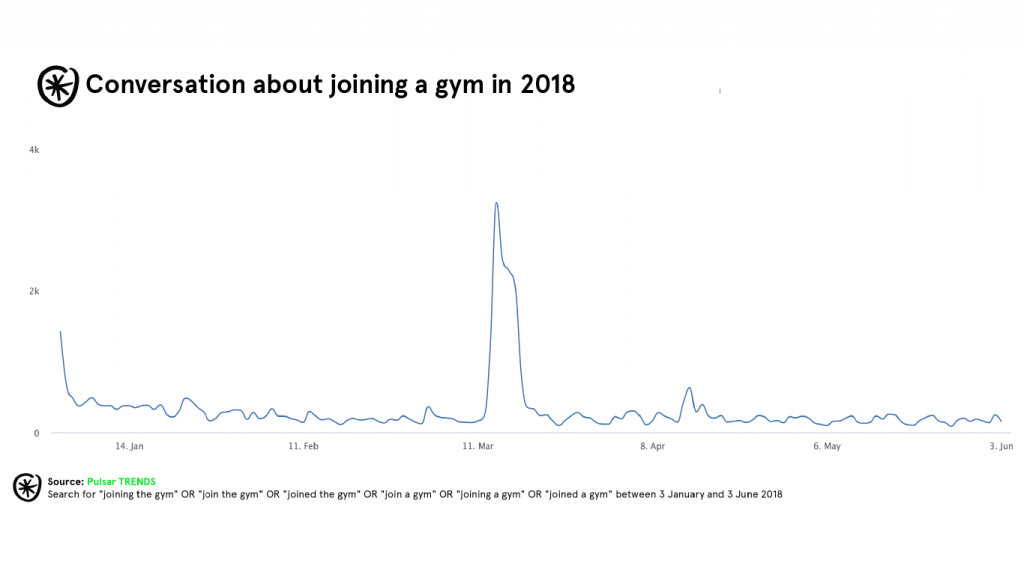 That trend is continuing this year, even though the spikes are more distributed, with the topic heating up in early February and early March: 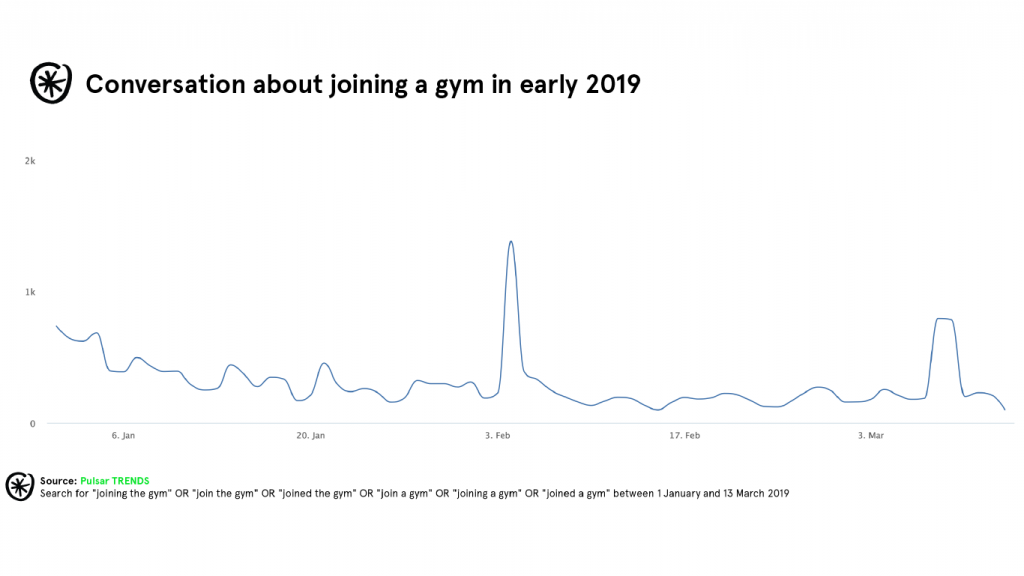 And people aren’t just talking about them, they’re also searching for gyms to join: 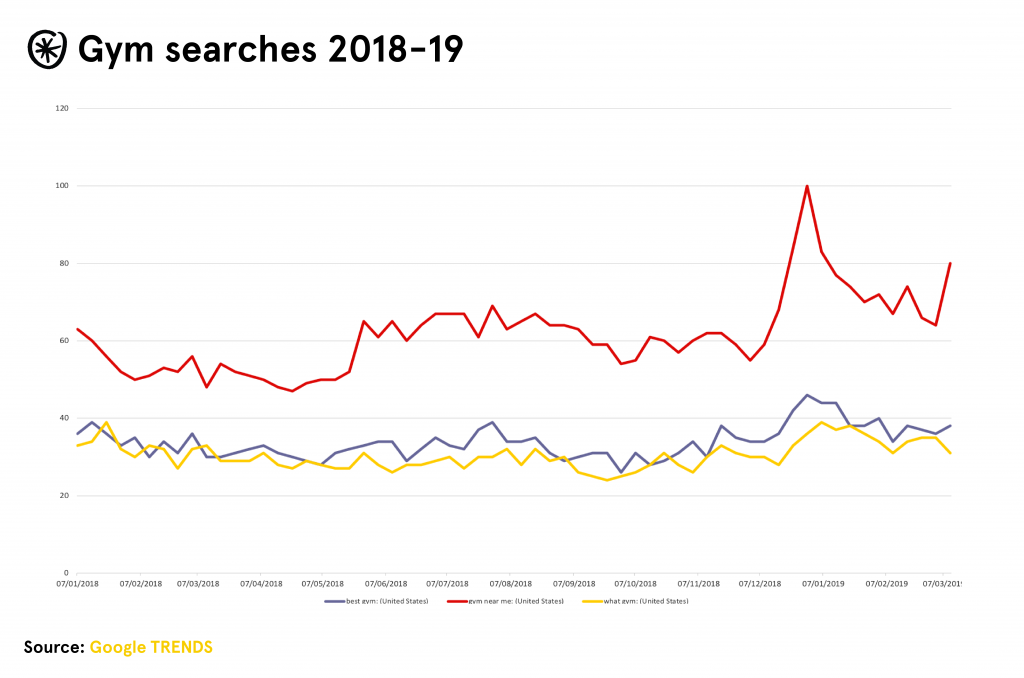 That’s what gym owners are saying, too.

“Quite a few member clubs that say their busiest time is in the Spring as the weather gets better and people start thinking about outdoor activities and bathing suit season,” said Meredith Poppler, the VP Comms and Engagement for the International Health, Racquetball and Sports Association (IHRSA), the trade association for the US fitness industry.

What’s so special about March?

Excluding a couple of well-timed promos that seem to have assisted the 2018 spike, the conversation is made up by both people late to the mark on their new year’s resolutions, and re-upping a failed resolution:

I need to join the gym again😅

The IHRSA found that in 2016, 10.8% of all gym memberships were sold in January, but that “bathing suit season” also influenced many people to join during the spring.

Since 2016 though, social intelligence tells us that ‘spring’ seems to have shifted earlier, all the way to March and February, as March-gym goers are feeling more motivated than resolutioners:

Finally joined the gym again. Ready to get back on the grind 💪🏽💪🏽

What do people like to do in the gym?

The IHRSA found that in 2016 treadmills were the most-used piece of equipment (by 44% of people surveyed), followed by resistance machines (36%) and free weights/dumbbells (31%).

And, lo and behold, last year treadmills got similar spikes to gym-going on social (resistance machines and free weights are harder to search for mentions of):

An important detail to remember is that people aren’t loyal in their gym going. The IHRSA also found that 25% of America’s 12 million health club members visited more than one club.

This is most common amongst women and millennials (roughly 41% of members who belong to more than one club were between the ages of 18-34).

So what do this studio-loving audience talk about?

In 2018, HIIT and spin classes got spikes around September, but there were spring spikes for yoga and pilates and a smaller one for spinning. Yoga and spin had the highest volume of conversation throughout the year.

It looks like besides more resolve, March gym-joiners also have very specific goals for their fitness.