In June 2016, 72 new emojis were released, extending our languages with objects, actions and symbols we didn’t even have names for. Since then, many of those emojis have taken root in our written language, like facepalm 🤦‍♀️, selfie 🤳, and shrug 🤷.

¯\_(ツ)_/¯ however, has survived the emojipocalypse. In fact, its usage has continued to grow since 2016, and at certain times has exceeded that of the shrug emojis. While the use of 🤷 is on a steady rise, ¯\_(ツ)_/¯ is holding its own, and continues to be loved.

‘Shruggie’ as it’s called by online fans, is a collection of nine characters merging Japanese script and punctuation to create a grinning face shrugging, and a knowing grin to the reader.

It has been in use for decades, but became popular in 2009 after Kanye West’s famous Taylor Swift stage-invasion. Kanye’s reaction to being booed off stage looked like this: 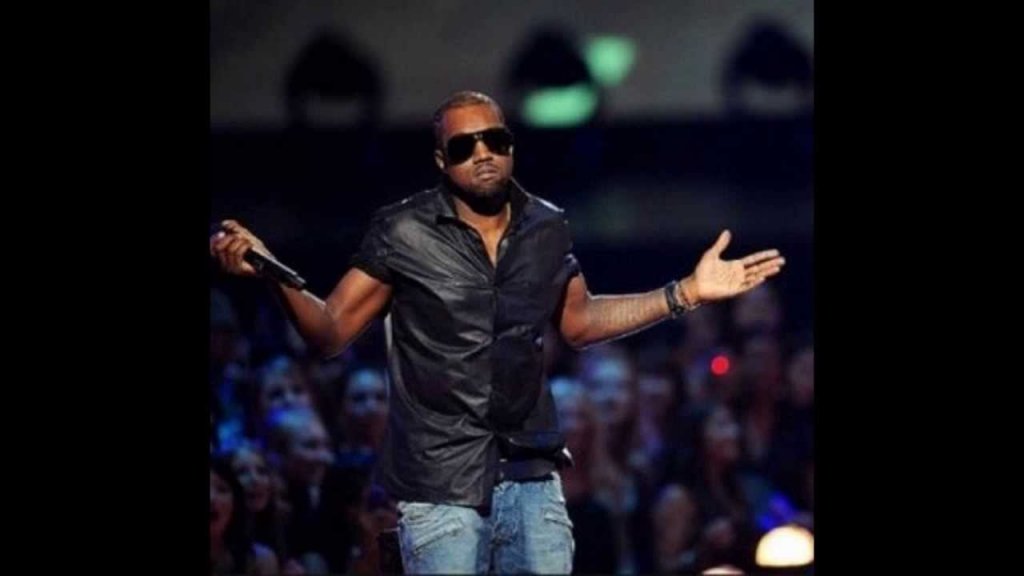 People started spotting it in moments in movies from Star Wars to Spiderman and it always had a home on Reddit.

But even when the Unicode Consortium introduced the ‘actual’ shrug emoji, and other forms of reactions such as gifs have become widely available (including in Twitter replies), usage of shruggie in online conversations continues to trend upward.

We analyzed data about how usage of shruggie compared to the shrug emoji (both the original female incarnation, and later male version) and found that the female shrug emoji is beginning to overtake it, save for spikes of ¯\_(ツ)_/¯ worthy events, especially in November 2017, ones to do with Twitter itself, as Twitter added more characters to posts and shifted its rules on verification, which all seemed to result in a collective shrug, but also sports, politics and health all result in people throwing their arms in the air. 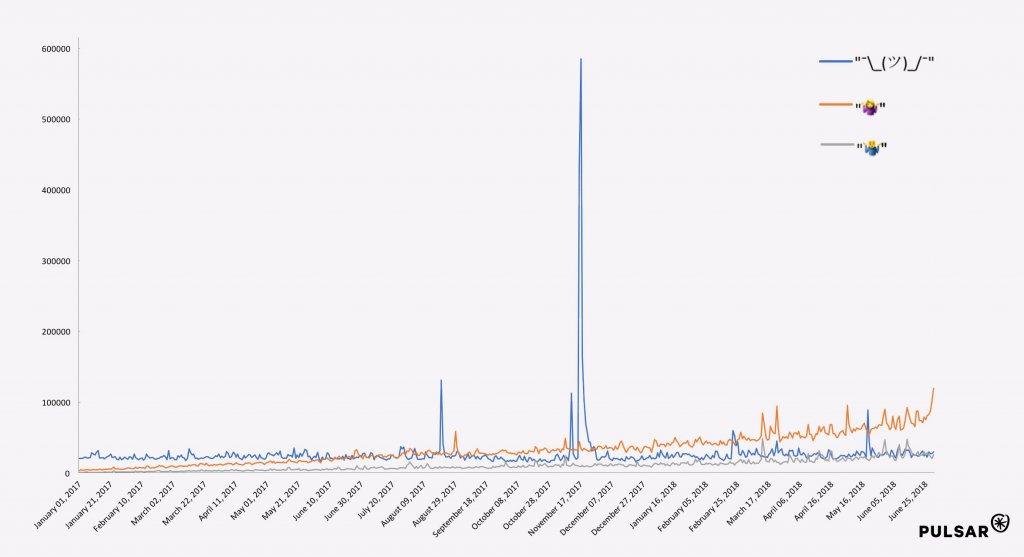 There’s also quite a difference between usage of the different skintones of the shrug emojis as well, giving a further insight into how it’s used: 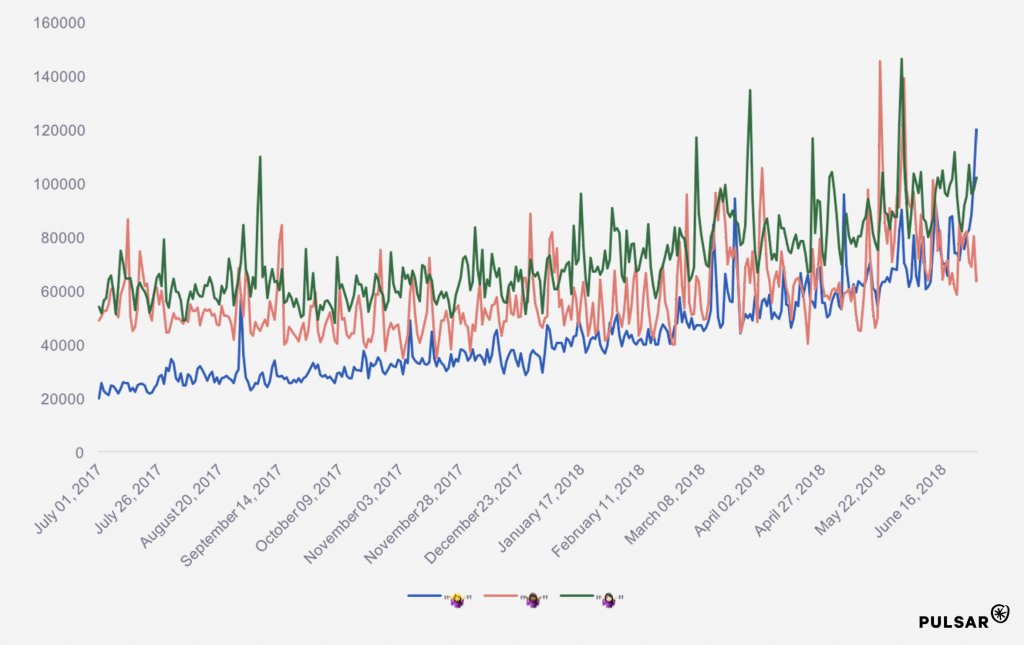 ¯\_(ツ)_/¯ however seems to exist in its own world, with its own audience. The fact the central ツ character is wryly smiling adds a sense of good humor to whatever frustration the typist is expressing. Compared to the zoomed-out shrug emojis, it takes up space as it communicates an otherwise-silent gesture.

“[Shruggie] transcends the Internet and perhaps language itself, echoing incoherent expressions of sublime rage or terror, like the untranslatable keyboard smash, ‘asdfasldkvhjasd.’ […] When someone performs ¯\_(ツ)_/¯ in real life, shrugging their shoulders and raising their outstretched hands in supplication to the sky it evokes an abdication of blame and a good-humored acknowledgement that shit, at times, happens, and there’s nothing we can do about it,” says Kyle Chayka, in this excellent 2014 piece on the shruggie’s life and times.

It’s part of the Internet furniture, despite being difficult to type – thanks to a mix of different characters from different alphabets – but there’s a sort of retro appeal to the concept of a typed emoticon that appeals to the online hipster audience more than a regular emoji.

It is so ubiquitous in fact that some people have taken their love of it beyond conversational usage. Slack founder Stewart Butterfield has a shruggie in his bio (although his software platform is famous for having brought reaction gifs and custom emojis to the workplace – although that does of course include shruggie).

This kind of cultural trend in Internet language and behavior is the kind of insight that powers great advertising campaigns, shifts in content strategy to appeal to certain audience, and it’s no surprise that shruggie is starting to pop up in unexpected places.

One venture capitalist took it from a wrist tattoo to the name of his new business. There a beer named after it, and brands too, love to humanize themselves with a shrug: both Amazon Prime Video’s UK arm and American sports teams have a shruggie in their Twitter bios.

We’re glad you made it till the end! The insight behind this blog post and the research behind it came to us by using our tool Pulsar TRENDS: you are welcome to book a demo and get a tour of what the Pulsar platform has to offer.