The fake meat conversation has flipped

It’s all about the burger now
Written by Victoria Gray

Interest in plant-based diets is on the rise.

So what’s changed over these past 4 years?

In 2015, this is what the fake meat conversation looked like:

The audience interested in fake meat is growing –with an increase of 235% over 4 years– and its real triumph has been, ironically, to give itself a face: a star product that people like and want to talk about. 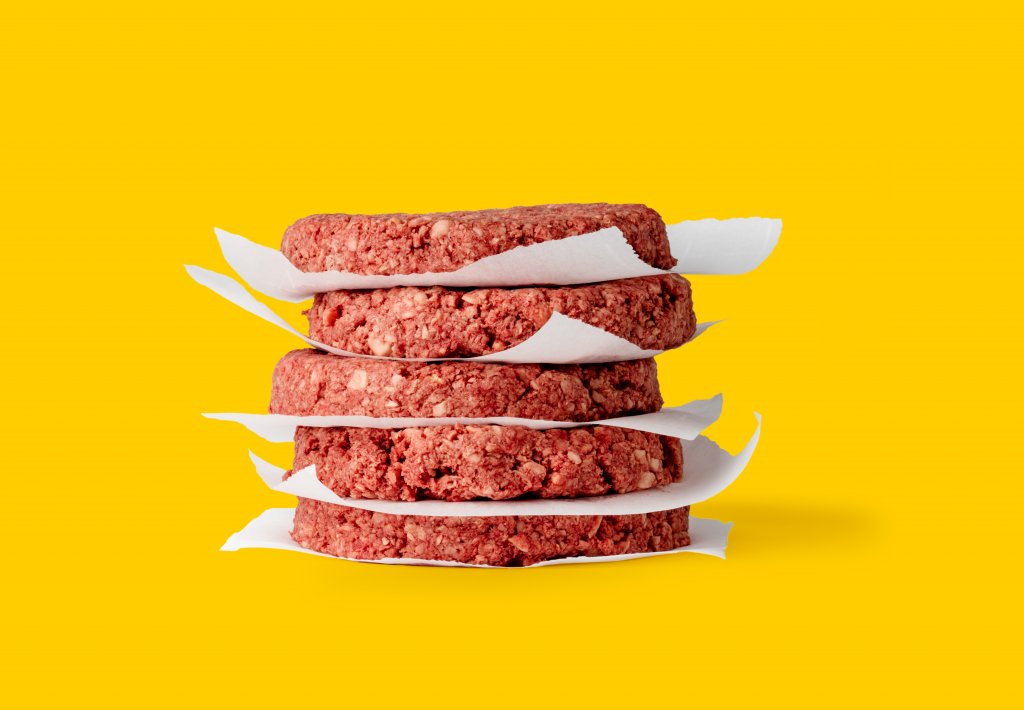 Traditionally, fake meat was met with reactions like this:

Tofurkey: because nothing makes fake meat sound more appetizing than putting "fur" in its name

Now meat alternative companies like Impossible Burger and Beyond Meat have strong brands, have raked in VC funding in the millions to cut the middle-animal out of the burger.

And people love talking about these fake meat companies and brands. This 2018 video reviewing the Impossible Burger drew in 1.5 million views. And in 2019, non-meat burgers are far more popular on social media than other types of fake meat: 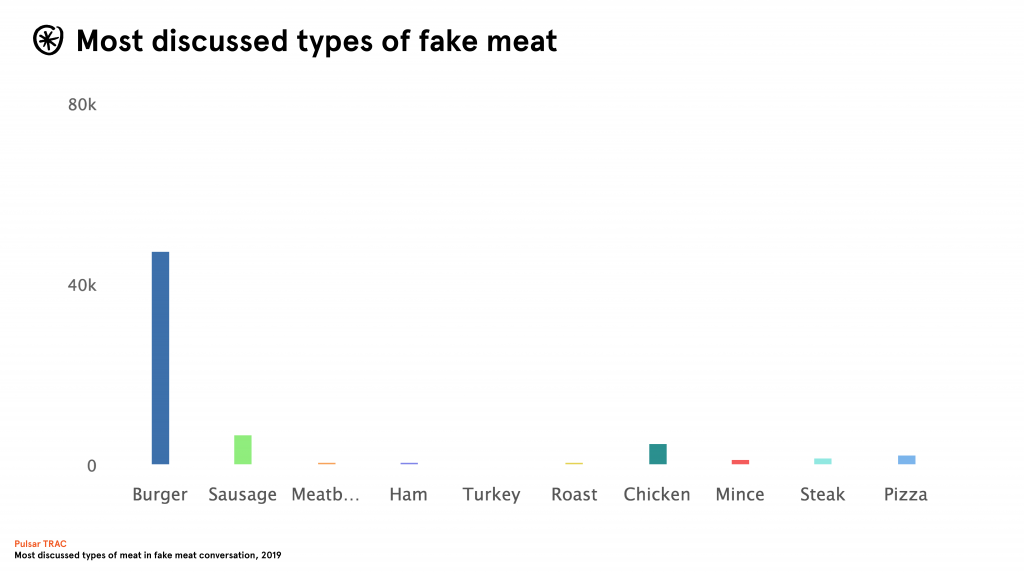 Fast-food chains like White Castle and alternative chains like Bare Burger serve Impossible Burger in the US, UK hipster burger Honest Burgers serves a Beyond Burger, and stores from Burger King to Greggs have adopted meat-free options of their core products.

But Beyond and Impossible – the hottest fake  burger brands – have not left the older generation of alternative meats in the dust, implying loyalty is more geared towards a mouth-watering product – a great vegan burger – rather than one specific meat brand. 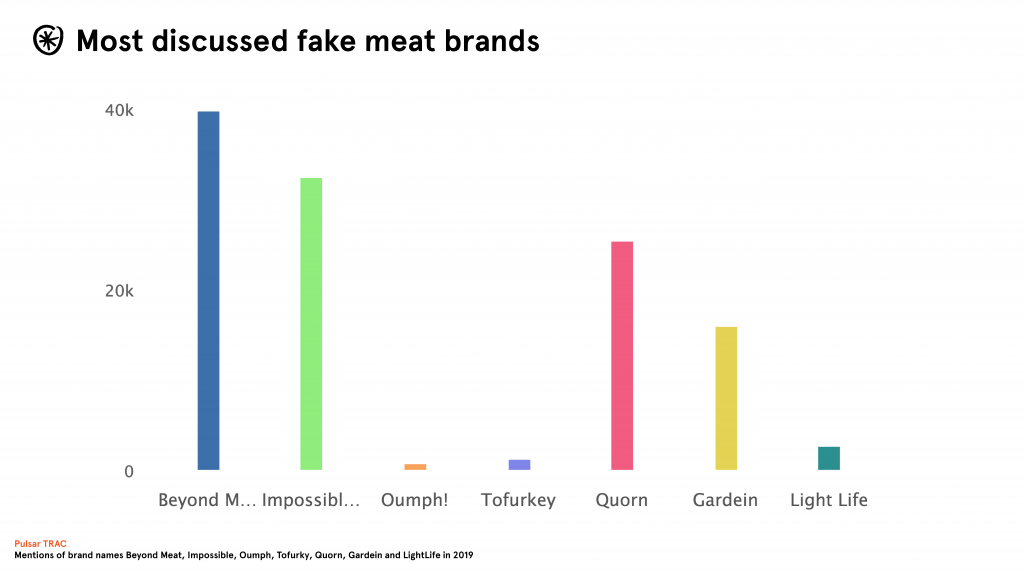 A substantial amount of this burger conversation comes from meat eaters or recent non-meat eaters who marvel at how “real” the alternative meats produced by these companies:

Had the new impossible burger 2.0 today and that shit straight up taste exactly like meat

But what are people talking about when they talk about fake meat?

Conversations falls between 11 common topics: from concerns about how healthy fake meat is – and how much protein you get from it – to the all-important taste.

The dominant topic however, is cost.

Cost is discussed at both ends of the spectrum: meat eaters overjoyed at how cheap they are compared to meat, and vegans lamenting how much more expensive these meat alternatives are to other vegan food (i.e. plants), like in this viral tweet from @MalloriDeanna1.

A thread of cheap vegan meals that could feed an entire family on less than $7.50
Note: veganism is only expensive when you’re buying Gardein and Annie’s pic.twitter.com/Qn3PSuZ1dL

Marketing from both Impossible and Beyond brands aims to lure meat eaters away from consuming as much meat, and this is reflected in largely positive conversation online.

How we did this analysis

In order to see if fake meats are finally going mainstream, we zeroed in on 7 meat substitute brands to see .

Our study looked at seven brands and companies: Beyond Meat, Impossible Food, and Oumph (a Swedish meat ‘pieces’ brand), and old-school Quorn, Gardein, Tofurky and LightLife.

We compared two time periods: early 2015 (just before Beyonce launched a vegan food company and a whole host of vegan interest) and the first two months of 2019, to try and understand the different concerns of the two audiences.

Here’s what we found:

The 2015 audience discussing these products was very divided, with small sub communities emerging, like teens, students and foodies: 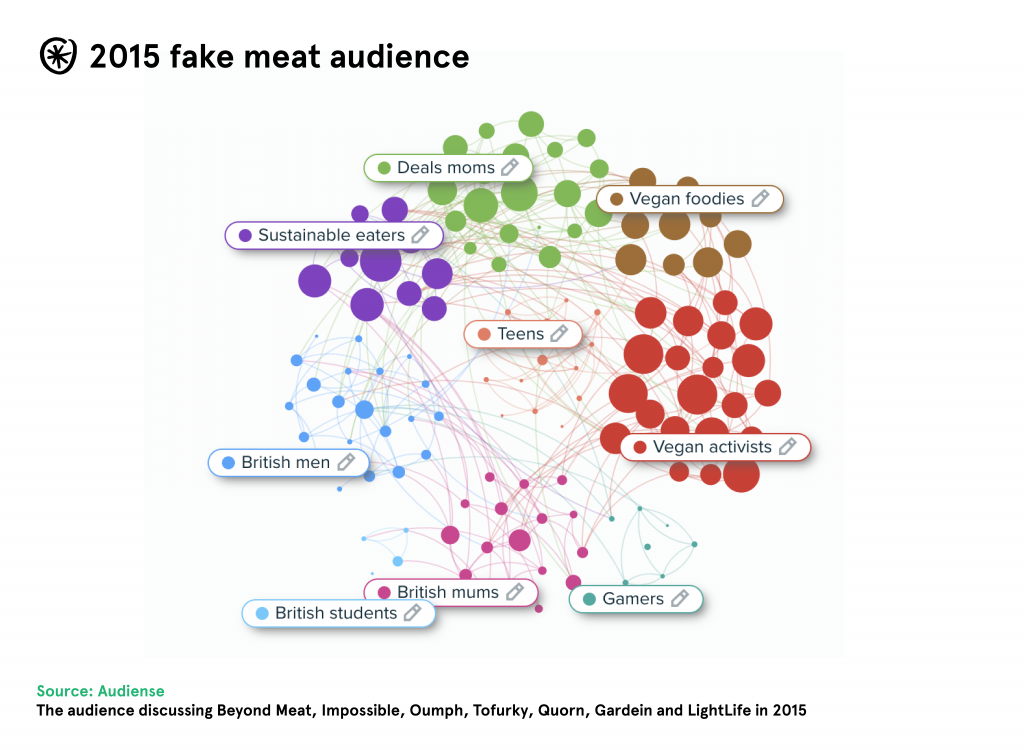 Over the past couple of years, this audience has swelled (from 15,000 to 57,000) and become been populated by more cohesive groups, whose interest in fake meat seems to be related to both diet and to the tech conversations relating to the scientific development and VC funding: 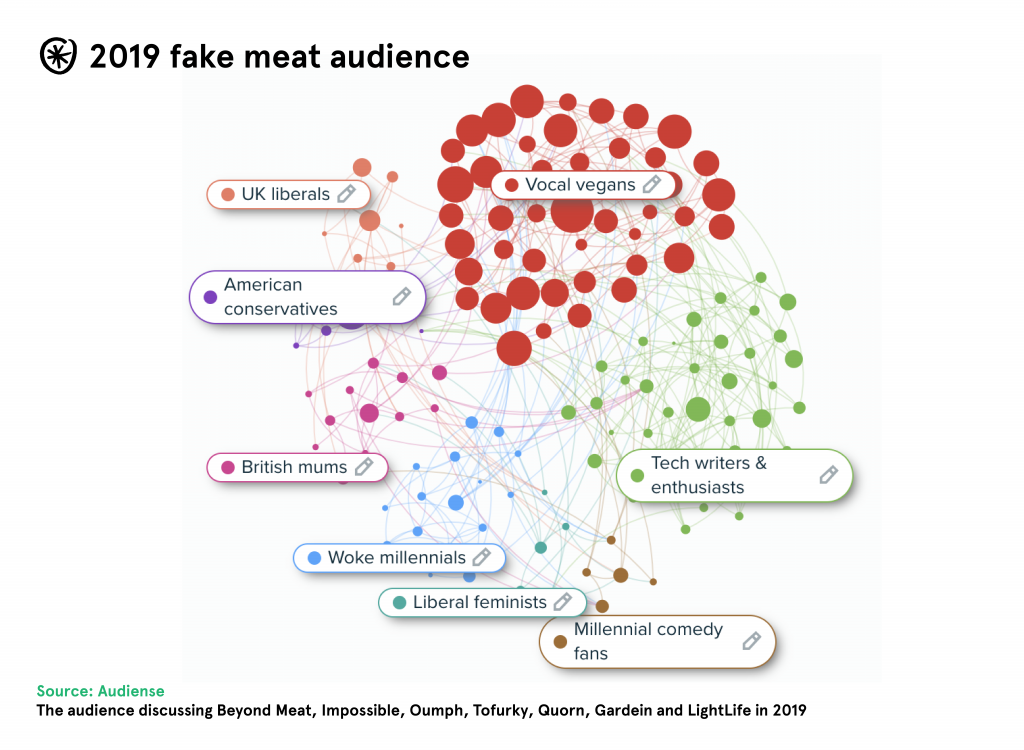 The vegan sector still dominates (25%), but 22% of this audience is now tech enthusiasts, and a further 15% groups is made up by progressive millennials (millennial comedy fans, liberal feminists, woke millennials).

Such too is the popularity of fake meats it has attracted a community of haters – the American conservatives section in the graph.

Haters gonna hate, but are in the minority: 70% of this audience feel positive about these products.