What are side hustles for? Money, but also identity and community

The multi-hyphen career is here, and a supportive community is growing around it
Written by Pulsar Editor

We live in the era of the side hustle. Everyone’s doing it, and online, everyone is encouraging everyone else to do it.

As younger generations face uncertainty in their economic future, and the myths of the pre-Internet era continue to fade (from full-time jobs, to investing in traditional education, to the stagnating wages and rising living costs in most large cities) side hustling has become a sort of economic life raft to cling on to.

The trends speak for themselves:

The arguments that side-hustling is essential for millennials in the current economic situation have been made here, here and here and… well, you get the point. But that does not explain it all.

So what is a side hustle?

First off, it’s about more than just finances:

“The side hustle offers something worth much more than money: a hedge against feeling stuck and dull and cheated by life,” says QZ.

To get unstuck and find a solution, these individuals congregated online. And they started talking to each other. Some argue that this is why side hustles appeal – and technology has been a key way of promoting and getting support for their side projects, and ultimately monetising them.

No wonder, then, that a community has built up around talking about one’s side hustle on Twitter and other platforms. It provides a way for millennials to assert their identity and define themselves beyond career paths that, beyond not being accessible to most, never really represented them anyway.

What’s your side hustle, brand that you are currently building…. I’m always down to support my brothers and sisters, whether I know you personally or not

The side hustle represents the opportunity to ‘do you’, and the culture of actively supporting and shouting about your friends’ hustles has become routine.

Who are the side hustling community?

Side-hustlers make up a community that is linked by an energy rather than a shared network. Because side-hustling spans every industry, from blogging to crafting to cooking, the communities and support networks created around side-hustles tend to form in these verticals, rather than there being a specific group of side-hustlers banded together.

However, a few key voices have made the side-hustling community a reality. The term has been in use throughout the 20th century, but has picked up online at the beginning of the 2010s, and sees spikes in a discussion as commentators realise how many people have side hustles.

Portland-based writer Chris Guillebeau has been writing about alternative careers and lifestyle design for several years (his book The $100 Startup, like Tim Ferris’ The 4-Hour Workweek, was a precursor), but in 2017 he published a book called Side Hustle School, and started an accompanying podcast where he champions many of the ideas that serve as a blueprint for this community. His following has been growing, supporting his brand of side hustle guru, particularly amongst parents who want to earn extra income.

On his Twitter, Guillebeau writes a large number of posts about the financial potential of side hustles but does not opine as much about the identity side of side-gigs.

New on #SideHustleSchool: A Toronto book lover uses her extensive experience to teach the art of proofreading, bringing in an additional $2,000 a month. https://t.co/hggz9NZSAj

In the UK, Emma Gannon speaks to an audience of side-hustling millennials, having recently published The Multi-Hyphen Method, a book about the ways a traditional career does not define today’s 20-somethings how that they must pursue a set of passions in order to be truly satisfied from work and in their identities, something she strongly emphasises on her social media channels and in her podcast, which are also growing fast.

The people who mention ‘side hustle’ on Twitter emphasise their professions in their bios, and also mention ‘love’ and ‘life’:

The sentiment towards side hustles is positive across the US, and we can see that side hustlers are scattered across the states, although with the biggest spikes in California and New York. 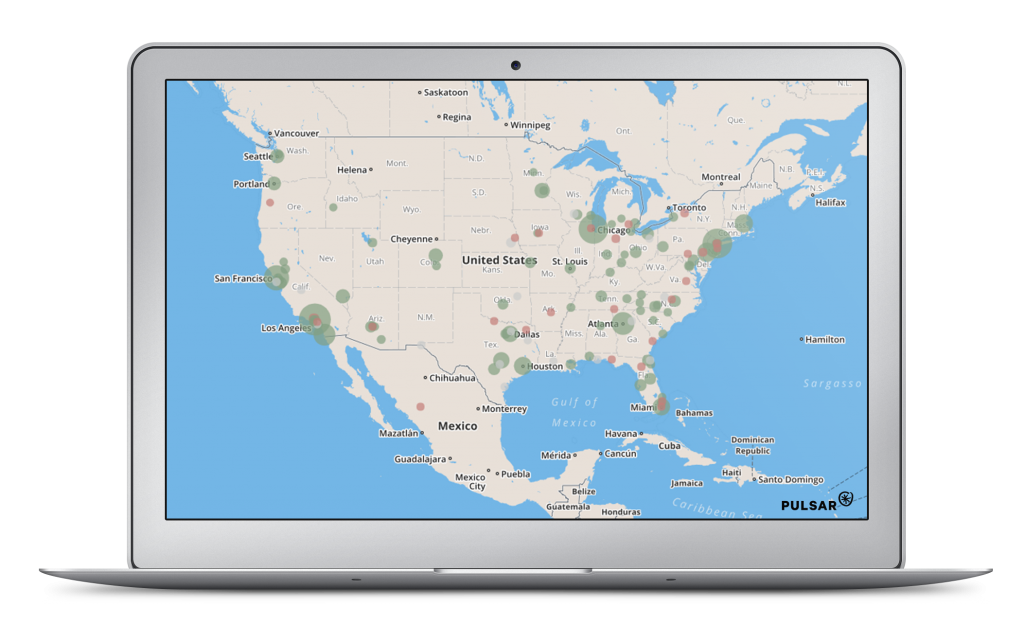 So what do they talk about? 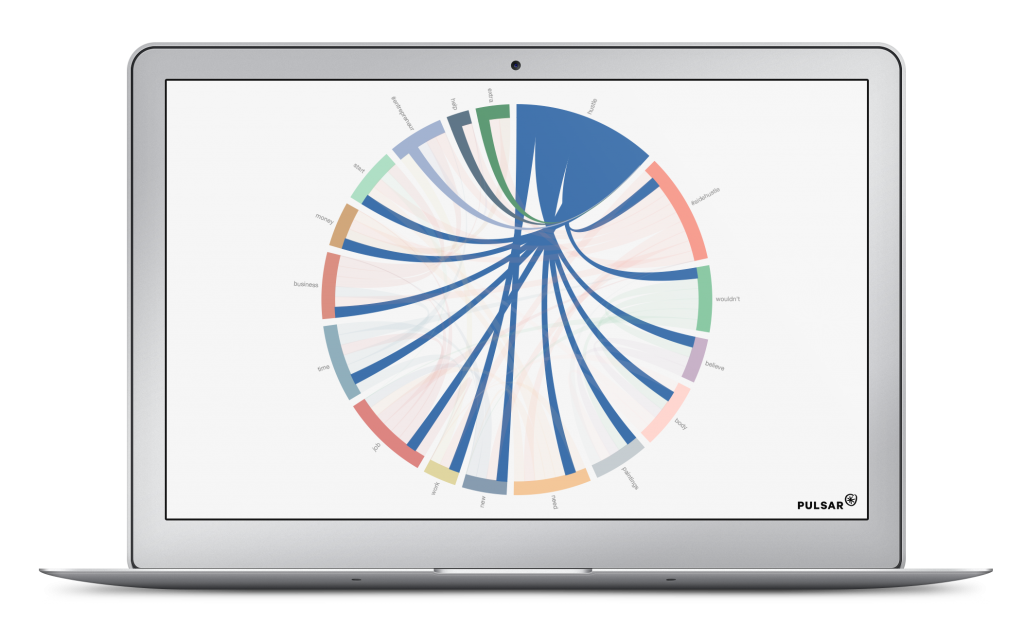 “Job” is the most mentioned word on Twitter accompanying side hustles, alongside “work” and “working”. Side-hustlers openly talk about its relationship with their “job,” or main hustle, and the two are not generally seen as competitive: rather,, It is often noted that having a side hustle makes them a well-rounded person and employee.

Amongst this audience there is much more of a culture where people “support the hustle” of their friends and colleagues, with a tacit acknowledgment that they will do the same if you were to set something up, as we can see from “hi” and “advice” appearing with large volumes in the search too: a digital manifestation of the old idiom that said something about back scratching…

Whereas taking up full-time freelancing is a big, potentially degree life-defining career step, side hustling allows people to dip their toe into the proverbial water – a potential stepping stone for millennials that is ideally propped up by those in their network.

Around half of millennials have a side hustle, a generation that is increasingly taking on a self-defined job spec in order to navigate, with some solidarity, an uncertain world.

When life hands you a lemon, you’d better hustle up a lemonade stand.