Pumpkin Spice stages mini-revival – but more ‘Basic’ than ever

What can audience data tell us about fall's favorite drink?

It’s that time of year again.

Me standing in line at Starbucks because this Pumpkin Spice BUSSIN ❤️😭 pic.twitter.com/yBUAokWrZ4

Yes, Pumpkin Spice is back.

Back because Fall 2021 has seen a miniature revival in its fortunes. Social and search data reflect interest building again around the much-lampooned Starbuck’s creation, as optimism and nostalgia flood nations taking tentative steps out of the pandemic.

Using Pulsar TRAC and TRENDS, we’re able to chart how these cultural moments evolve over time. And one of the most striking things about the evolution of this particular trend is how very consistent Starbuck’s share of voice is.

In each of the past four years, the percentage of posts to directly reference Starbucks has hovered between 6-8%. So strong is the coffee giant’s brand, that the trend has remained closely identifiable with it even as the ‘PSL’ spawns its own subculture.

However, only rarely is basic used in flat-out derogatory terms. For the most part, Twitter is full of individuals owning their ‘basicness’ and affirming what they like and who they are in the face of perceived mockery.

The shame at the campus S*bucks when they called out my order of pumpkin spice latte 🥴 Let me be basic in peace, it’s been a rough day!

In that sense, the conversational slide towards ‘basic’ isn’t necessarily a negative one, but rather signifies the growth of a self-deprecating strain of humor constructed around a single Starbucks product.

But who is it making these remarks? 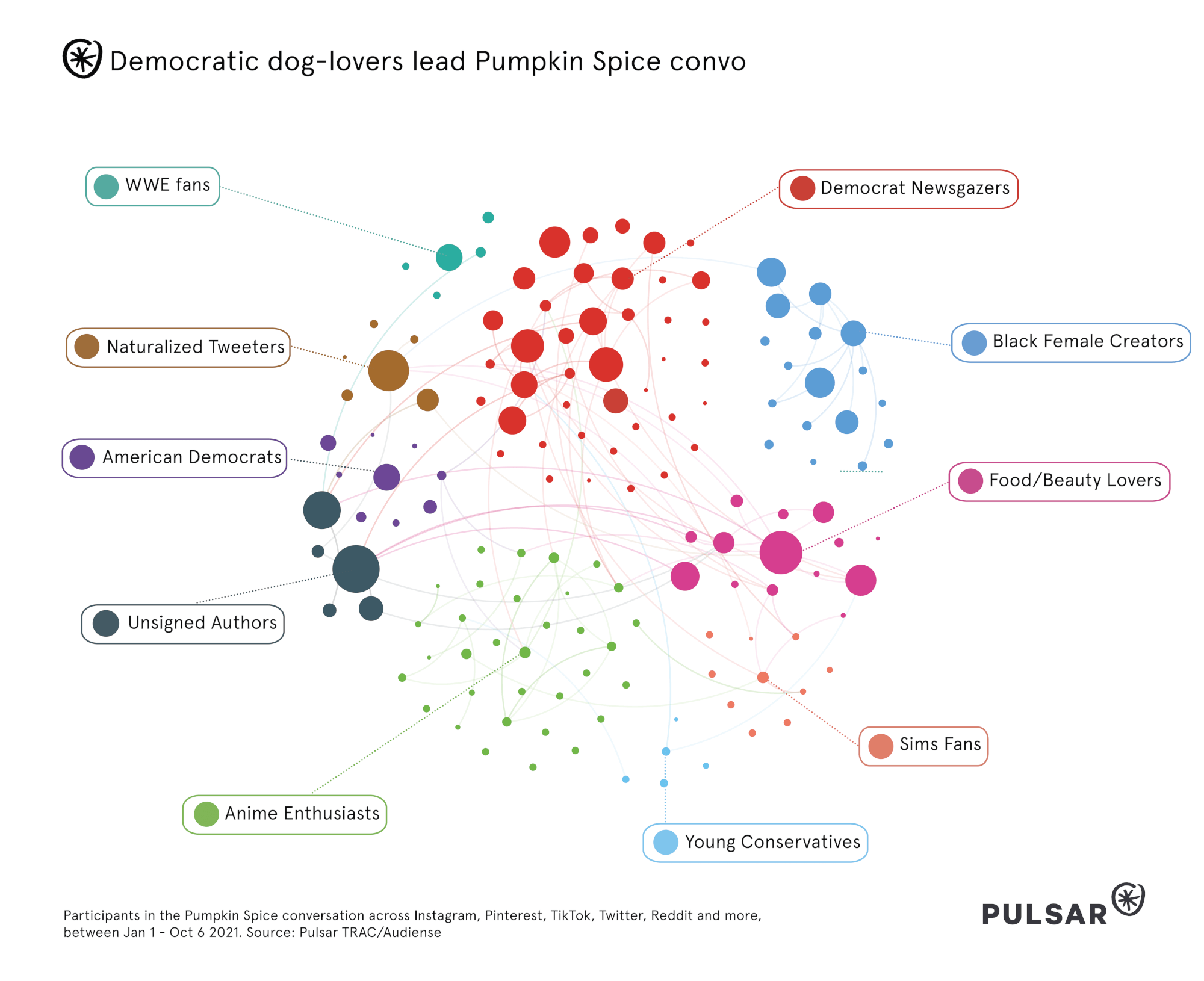 For one thing, participants in this conversation are disproportionately likely to love dogs, follow Democrats and engage with mainstream ‘nerd’ culture, such as Marvel, Star Wars and NASA.

Digging a little deeper, beneath that first layer of cinnamon dusted froth, we see specific segments exhibit specific behaviors. Wrestling Fans, for instance, are most likely to factor the term into X-rated adult content, whereas Food/Beauty Lovers engaged en masse with a timely tweet:

Just kidding, get vaccinated though.