The Wirecard FinTech Scandal: 3 takeaways from how it played out online

How did information travel online as the firm spiralled towards insolvency?
Written by Alex Bryson

On 25th June 2020, German fintech darling Wirecard filed for insolvency. The snap of a year’s accumulated tension sent the scandal’s actors spiralling off in all directions, with CEO Markus Braun arrested, successive auditors scrambling to save face, and €1.9 billion ‘missing’.

Amid lurid headlines, reputations on the line, and fierce claims of defamation, we analyzed how the conversation played out on social media, news, blogs, and forums over the year leading up to the firm’s insolvency.

Here are three takeaways from our analysis.

One German forum drove the conversation

As the scandal unfolded, people naturally started talking about it on Twitter. But not nearly as much as one might think.

Within Germany itself, where Wirecard held symbolic importance as a homegrown competitor to Californian-based giants, the beating heart of conversation was found in one investment forum.

Wallstreet-online.de is both a stock exchange portal and online forum, in which German investors can swap market tips. This might be expected to absorb a relatively large proportion of online conversation. 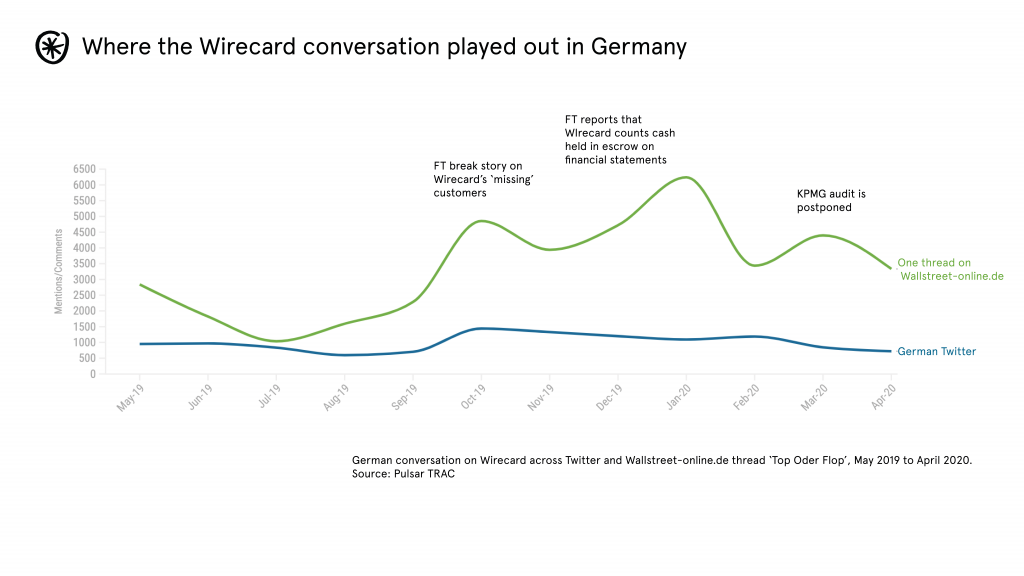 Conversation initially surged concurrently with that on Twitter, as the FT made its initial disclosure. Within this niche community, however, interest sustained at significantly higher levels, as users swapped speculation and projections away from the news cycle.

2. While the Financial Times broke the story, Reuters got it in front of people

Although Wirecard had long faced allegations of financial wrongdoing, it was not until the FT’s release of internal documents and whistleblower testimonies in late 2019 that the company entered its terminal decline.

And, in addition to breaking the story, the FT was also largely responsible for disseminating it across worldwide Twitter.  In direct contrast to the anonymised, forum-centred conversation that propelled German conversation, we see legacy media playing a central role in both information gathering and transference.

However, the combined FT channels did not account for the most impressions across the platform. Instead, that accolade fell to Reuters. 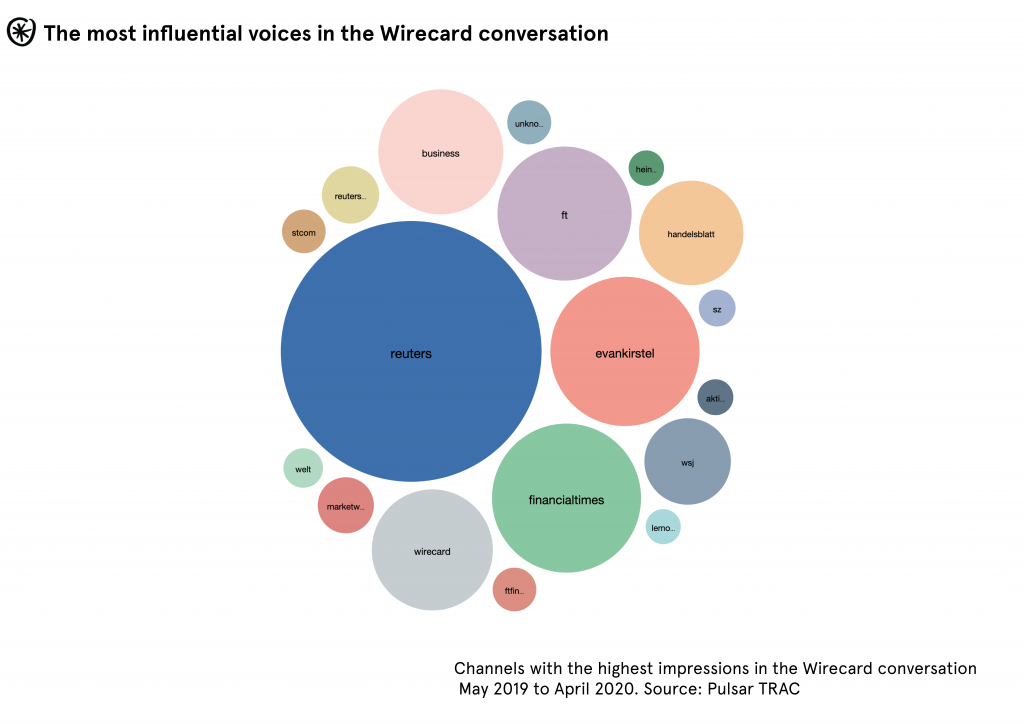 Yes, Reuters possesses more followers in relation to the Financial Times. But, even after scaling the number of impressions to take this into account, it appears the latter was only around 6% more effective at leveraging existing follower base into views of this story.

And this in spit of the fact that the FT’s ‘fingerprints’ were all over the story, with its key role often cited and key players such as McCrum cast as a protagonists.

3. The scandal story did not ‘travel’ widely outside of a few communities

Despite creating significant commotion within certain communities, the Wirecard scandal did not gather the velocity to break out of its interest-defined audiences, and become a universally spoken about topic of conversation. 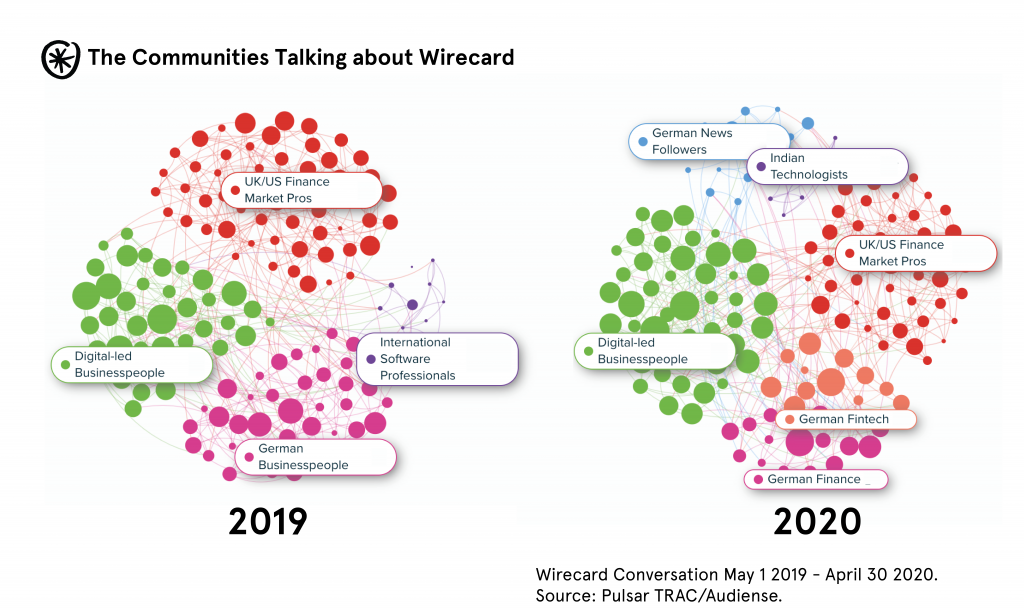 Instead, we see the each community’s participation levels shift: