Because they shouldn’t be there to start with, we don’t quite know how many they are: they make up a segment of “invisible” users. 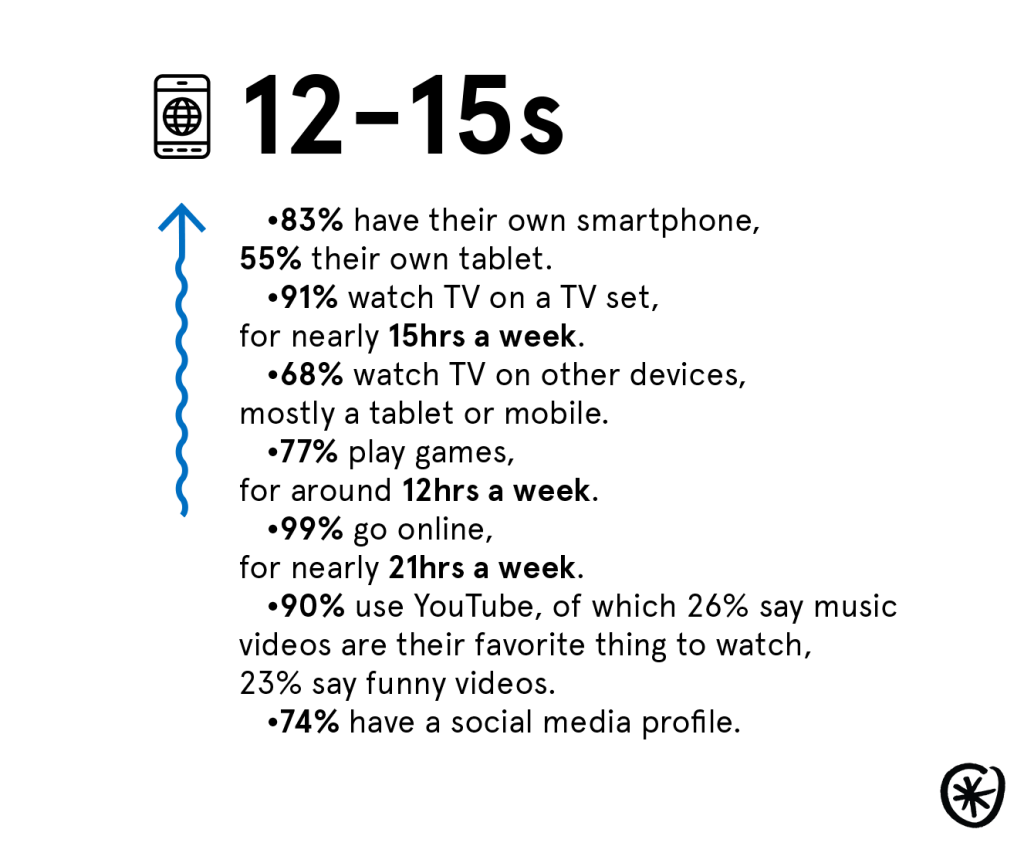 Platforms say they are in a bind as to what to do with this population: “You can’t make everyone prove their age … that would get privacy advocates up in arms” Facebook UK exec Simon Milner said in 2013. Skeptiks, such as cyberpsychologist Mary Aiken, challenge that story.

Yet platforms are making attempts to create pathways for young, future users, without violating the law. Kids are using devices, and the networks want to make sure they’ll be tuning them  into their social media channels in the future.

Earlier this year, Facebook launched a version of Messenger targeted at 6-12 year olds – but recent history shows social networks seem to have trouble keeping those alive: in 2013 Snapchat launched a version of its app called Snapkidz, but then shut it down two months later; in 2017, Facebook bought TBH, a fairly popular social network which allowed users to send pre-written compliments to one another, only to then shut it down in July 2018 due to “low usage”.

Other apps have taken off with kids, such as Musical.ly – the app that lets you create and share short clips of yourself lip-syncing songs. The app, bought for $1B by Chinese social media Bytedance continues to grow in popularity creating stars of its most-followed users, many of whom seem to be under 13, despite the lower age limit also being 13.

Just as addictive are video games like Fortnite, which while not a social network itself, has a growing esports scene around it, mainly with an audience between 8 and 18.

But the elephant in the room is YouTube. 81% of children surveyed aged 5-15 use YouTube, according to Ofcom. As a reminder, in theory, YouTube is restricted to kids younger than 13.

The video app has been the source of many a parental worry as it is used as a ‘digital babysitter’, serves ads to children, and even have strange videos targeted at them.

YouTube have now created a YouTube Kids app for the underage, linked to their parents’ accounts. But much like the other kids’ networks, it has far from cleared up the concerns when algorithms can still accidentally serve misleading videos to kids.

What do they watch? Children aged 5-11 watch mostly music videos, games tutorials, and videos by YouTubers. That’s a whole audience we don’t yet understand.

So what’s a brand to do? If you want to understand your current audience –for brands building products for children– or understand how your future customers think, two options to dig around (qualitatively) come to mind.

One way to do that is to isolate cultural products which will only appeal to that age group: that might be a Musical.ly clip which is particularly popular among a certain age group, a YouTuber or a video which is clearly geared towards them on YouTube Kids, or a video game that has suddenly topped the charts.

By plugging that link or keyword into Pulsar TRAC, brands can monitor the content and engagement around that product, and find influencers, and segments of conversation to further their research.

Another is to get ahead of the game and understand the memes: they’re one of the biggest ways teens communicate at the moment, and show no sign of slowing down.