What Trump’s Visual Style Tells Us About His Presidency

Trump is famous for his love of social media, relying heavily on Twitter to communicate with his online following. Whatever your politics, Trump makes a fascinating object of study so here at Pulsar we have been tracking his Twitter footprint for the last seven years – giving us access to the metrics behind his media preferences.

In the last year, Trump has tweeted 3,800 times from his personal account @realDonaldTrump, which he started using in March 2009. These tweets have received over 11.6 billion impressions.

In this new blog series, we will highlight the surprising aspects of Trump’s tweets. This week we will be investigating the kinds of images have most commonly been posted by the President in the last year (July 2016-July 2017).

Using Pulsar’s image recognition software we can see immediately that ‘crowds’ are the most popular type of image posted, followed by ‘person’, ‘sport’, and ‘people’. Examples of crowds in Trump’s image posts include: 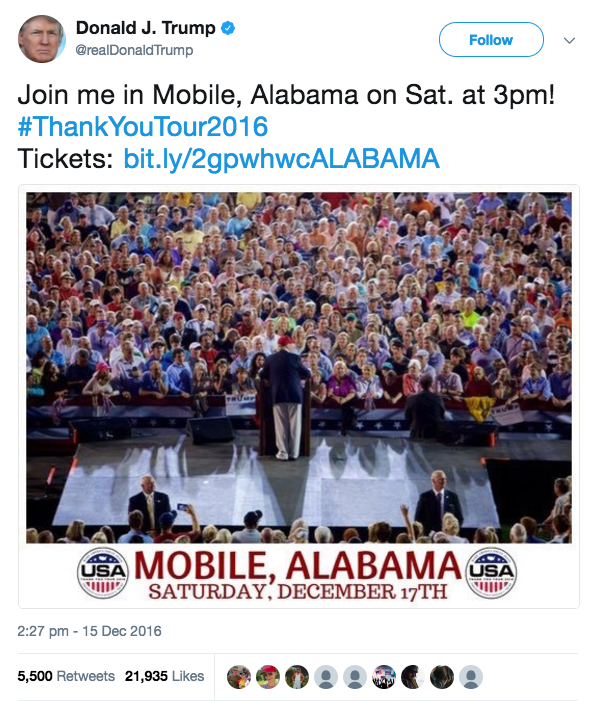 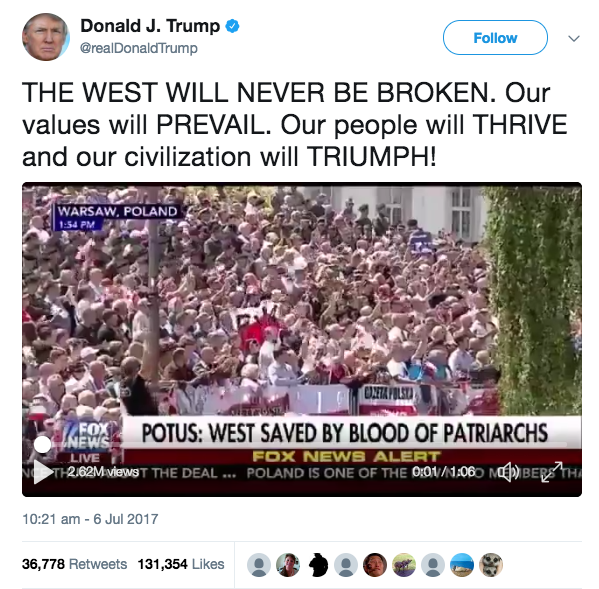 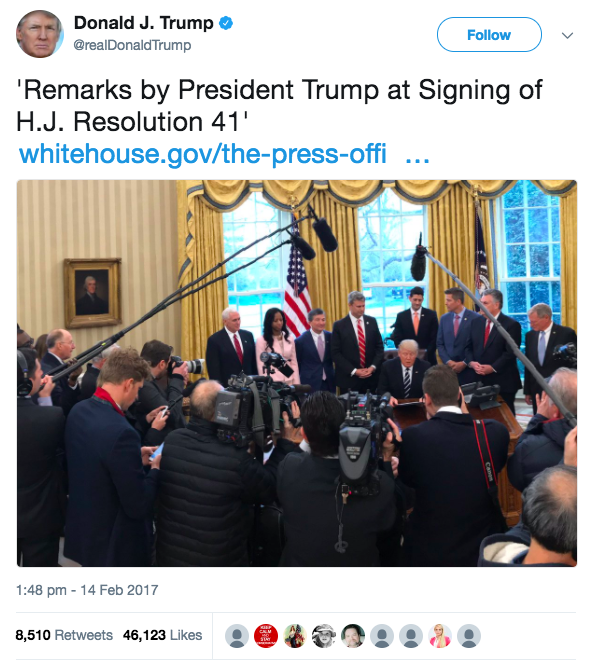 Through his use of crowds, Trump reinforces his popularity by visually surrounding himself with as many people as possible. Whether they are members of the public or like-minded politicians, this bolsters his constant claim to be the spokesman of the American public. Often the figures take up the whole image from pane to pane. The figures are condensed into a generic mass of support. Trump is not always the central figure, the emphasis being instead on reinforcing the mass of popular support for the president.

This trend also harks back to the controversy which seems in hindsight to have sparked the ‘fake news’ phenomenon. Think back to Trump’s refusal to accept that Obama had more people in attendance at his inauguration back in 2009: 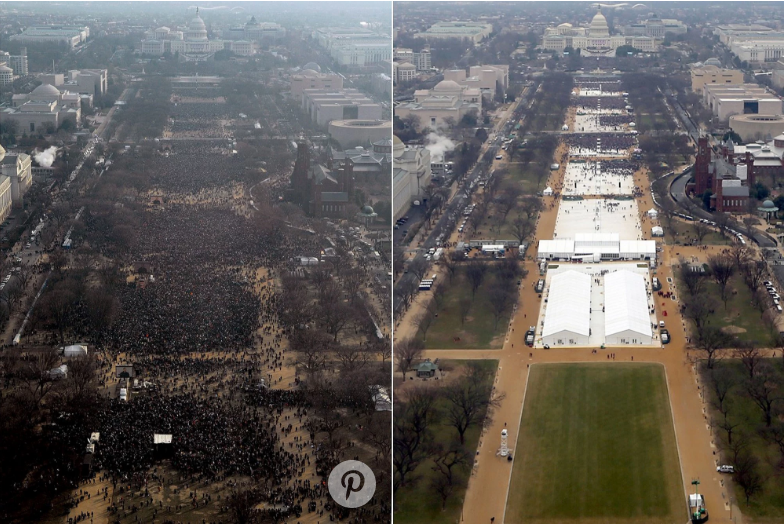 In a move that now seems commonplace, Trump refused to believe the image he saw, and instead posted an image of the inauguration with the crowd filling the frame. 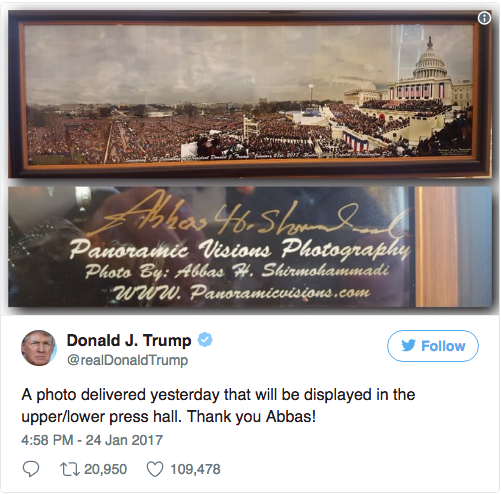 Using crowds as a symbol of political power is nothing new, check out the similarities used by 17th century English philosopher Thomas Hobbes in his monumental frontispiece of The Leviathan, published in 1651: 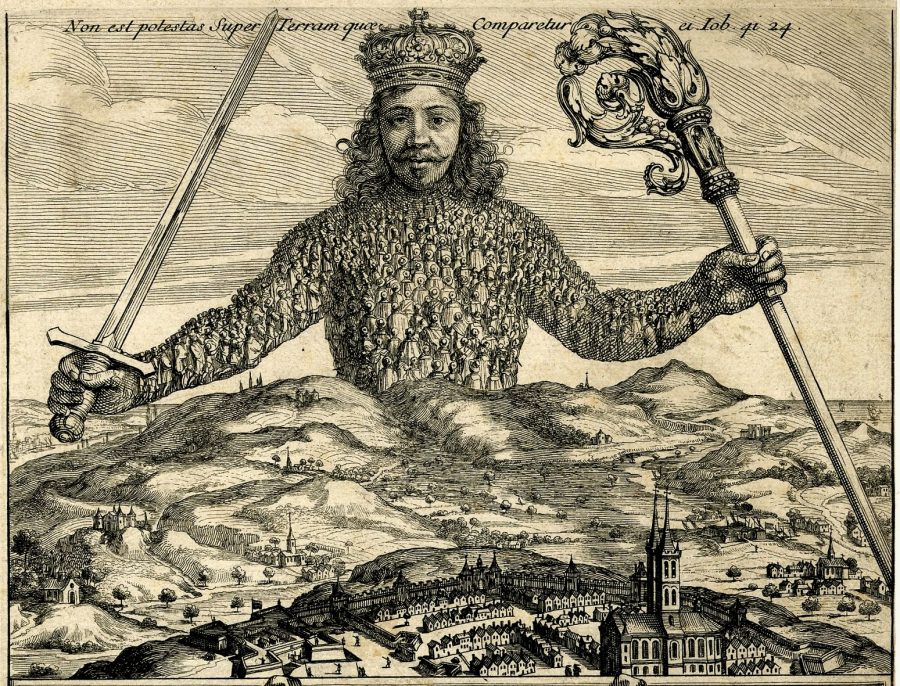 The images Trump tweets show his administration as powerful and popular. His Twitter following also acts as a secondary, digital crowd, the number of likes indicative of the number of bodies in the images he posts. Whether you believe the size of the crowds are representative of Trump’s actual popularity or just ‘fake news’, what is clear is that this is a man attempting to control the projection of his own popularity. Like Hobbes’s sovereign ruler, this projection is packing some serious punch.

Keep tuned for next Top Trumps!