In this blog series, we dig into the world of marketing and discuss brands, news, trends and examples that have made the digital headlines. In this week’s post, researcher Harry looks at how brands are using stereotypes to make or break their campaigns.

There are a number of reasons why people might use stereotypes. One of the main reasons, though, is surely a lack of understanding of the group being described. But while you might call out a mate if they make sweeping generalisations about other people, brands don’t get off so lightly.

When marketers don’t fully understand their audience, they often end up relying on stereotypes. At best these stereotypes are ineffective and ignored. At worst they’re offensive to the brand’s audience. 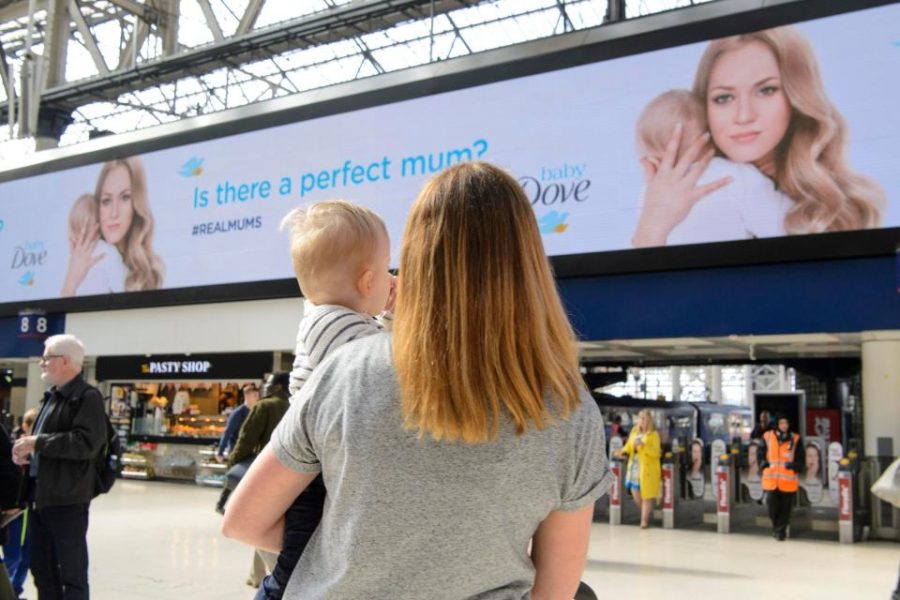 When Dove put up a huge billboard in Waterloo station featuring a flawless airbrushed mum with the caption – “Is there a perfect mum?” – people naturally thought the advert was telling mothers to live up to a stereotype of perfection. “Our imperfections make us perfect. Asking wrong question to wrong audience,” wrote one Twitter user. “Another filtered and unrealistic ‘face’ of a brand aimed at mothers,” wrote another. But it seems Dove’s stereotyping was intentional. The woman in the advert is actually an avatar created from other idealised images of motherhood which new mums are exposed to every day.

Why go to all the effort? According to Dove’s own research, nine out of ten first-time mums feel the pressure to be perfect as a result of the media depictions of what motherhood should look like. The intention was to raise awareness and maybe even spark a discussion about the issue (which it evidently has). Although it was a smart use of a stereotype, the message must have been lost on some people. In fact, a quick poll by Stylist found that 38% of people thought it was a clever way of provoking discussion, but 37% said it wasn’t obvious enough that it’s an avatar – and 25% would have preferred real mums to prove the point.

After decades of gathering audience insight on the concerns and aspirations of mothers, most brands today understand what messages are likely to resonate with them. Yet family dynamics are changing as traditional gender roles are being challenged. What marketers might lack now is a good understanding of the needs and values of modern fathers.

In an effort to update its messaging so it does resonate with this new type of homemaker, Barbie maker Mattel launched an advert that challenges a parenting stereotype. The campaign featured six real dads whose afternoon ritual of watching American football is now interrupted by Barbie time with their daughters. Mattel’s advert only stands out because many brands don’t fully understand modern fathers – or at least many don’t communicate like they do. Of course in the real world you wouldn’t think twice if you saw a dad playing with his daughter and her toys. It just shows that there’s often a big disconnect between our own experiences and what we see reflected back in the media. The brands that get this are the ones who are winning.

From the Women’s Marches to the Black Lives Matter protests, 2017 has seen the rise of various different movements addressing issues around gender, race and society. But when Pepsi tried to join in the conversation with an advert depicting its own take of what’s happening, the internet went berserk and the drinks giant was forced to pull the content down. So where did it go wrong?

The advert starts with a march full of attractive millennials holding nondescript signs featuring peace symbols and “Join the conversation”. Everyone’s smiling, laughing and even high-fiving. Meanwhile, Kendall Jenner is on a fashion shoot and spots the protesters. In a show of solidarity she pulls off her wig, rubs off her lipstick and joins the march (not before grabbing a can of Pepsi first). The climax occurs when Kendall offers a policeman the can of Pepsi and the crowd go wild as tattooed millennials fist pump the air. The glaringly obvious problem is that the advert has almost no grounding in people’s real-world experience of protesting. In other words, it was based on a stereotype of what it means to be an activist or attend a march. Not surprisingly, the internet tore the advert apart for trivialising protests like Black Lives Matter – where the police are more likely to wave batons and tear gas than soda cans.

USPAAH gets the tone and timing just wrong 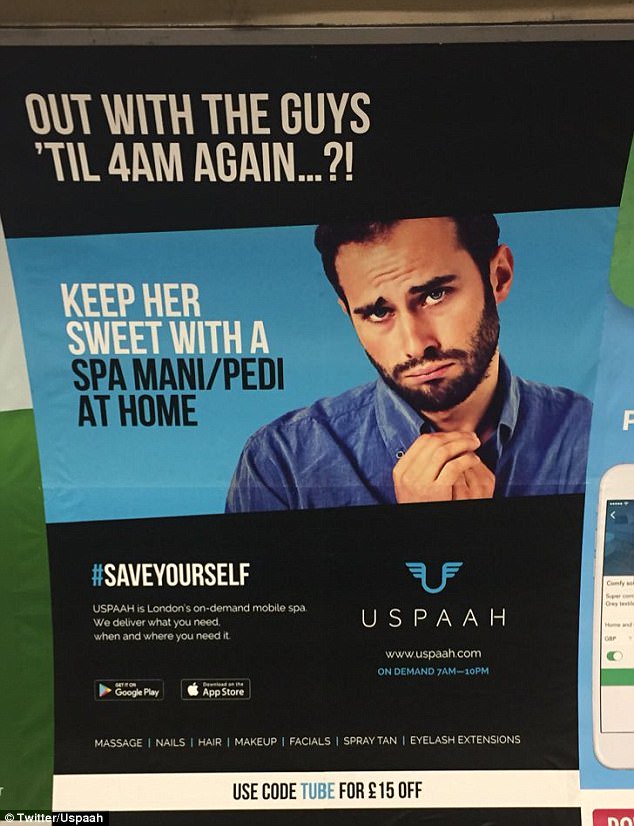 Brands shouldn’t join the conversation around social issues if they don’t want to, but that doesn’t mean they can be oblivious to what’s going on around them. In the same week as International Women’s Day a mobile spa service called USPAAH launched ads on the London Underground to which one Twitter user commented, “Oh. It’s the fictional 1950s where women are placated by strangers coming into their home with nail polish.” Was it that bad?

The ad features a close up of a man pleading alongside a message that reads, “Out with the guys ‘til 4am again…? Keep her sweet with a spa mani/pedi at home.” Rather than fall back on stereotypes from the “fictional 1950s”, the spa could have run a far simpler message about a time-poor woman exhausted from work and a man buying her a treat. Instead the execution and timing of the advert missed the mark and the brand ended up offending the people it wanted to attract.

Understanding people is hard and creating messages that will resonate with everyone is even harder. Yet when brands base their communications on a simple insight like mothers feeling the pressure to be perfect or fathers being interrupted by Barbie time, the adverts usually land well. It’s the difference between falling back on a stereotype (which is the easier option) and being grounded in people’s real-life experiences.

If you’d like to hear how we’ve been able to help agencies and brands identify opportunities to make the world a better place, then get in touch with us here.