“Is Hollywood racist?”: Chris Rock and racial diversity at the Oscars

“Is Hollywood racist?”. Chris Rock tackled this question, among others, is his opening monologue at this year’s Oscars. In the first ten minutes of the award ceremony, Chris Rock dealt with controversy around the lack of racial diversity at the Oscars head on. His monologue, which has been applauded for simplifying the diversity issue,  ignited the racial diversity chatter on Twitter once again. 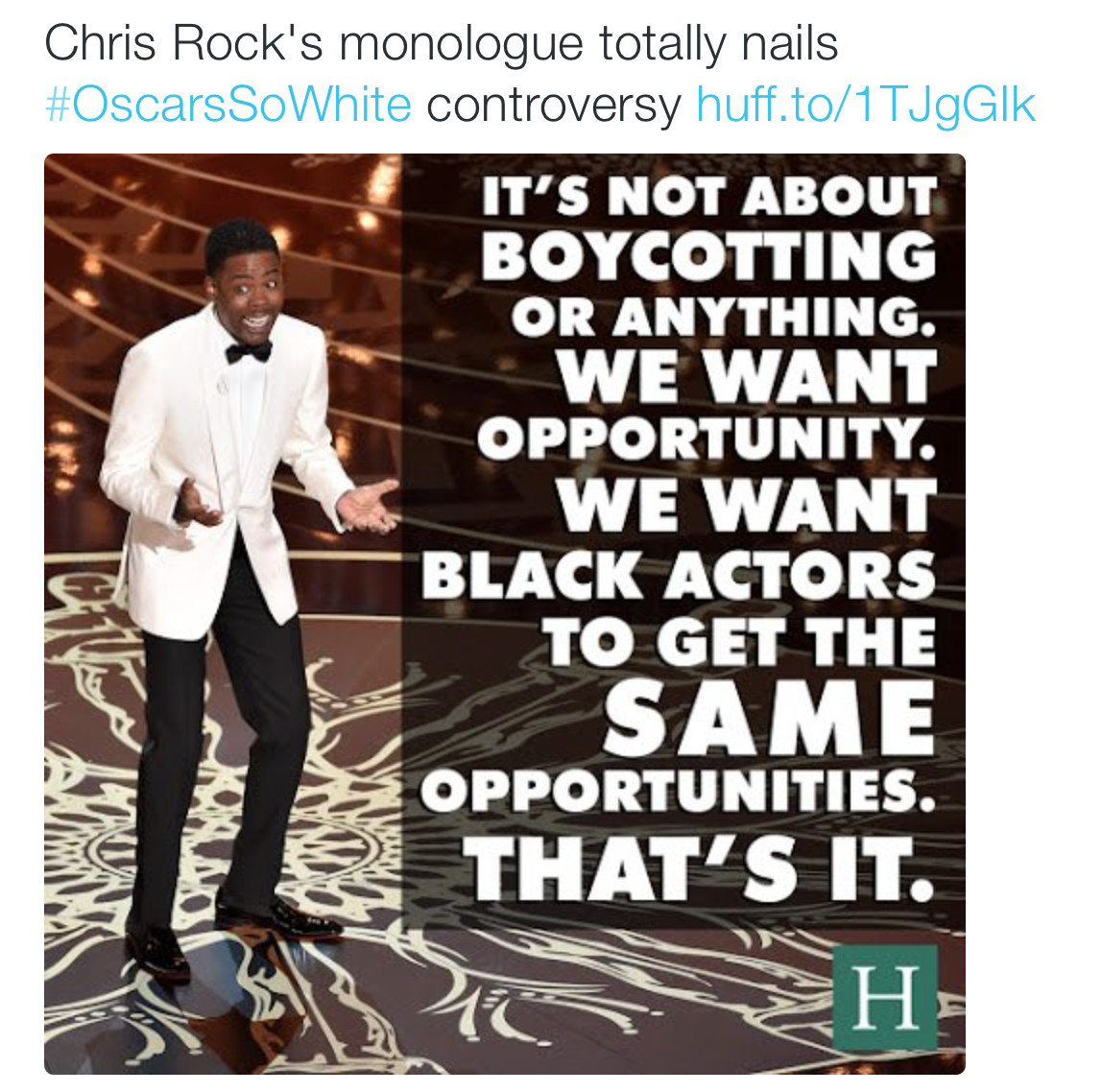 The #Oscars received 3.9 billion views from people on and off Twitter, which is based off 24.2 million mentions pre and post event. We tracked the main hashtags surrounding the racial debate: #OscarsSoWhite, Oscars and #Blackout, and #OscarsDiversity, which received 230K mentions globally over a four day period (26th – 29th Feb). Using these keywords, we were able to pull back 28K mentions (tweets and retweets) of Chris Rock’s opening monologue, which was one of the most spoken about topics in our dataset.

Using Pulsar’s activity graph to look at mentions by hour, we can see that people are talking about the Oscars’ racial debate in the lead up to the event, which peaks during the opening monologue. People tended to shy away from the topic during the show, with it gaining traction again post-event. 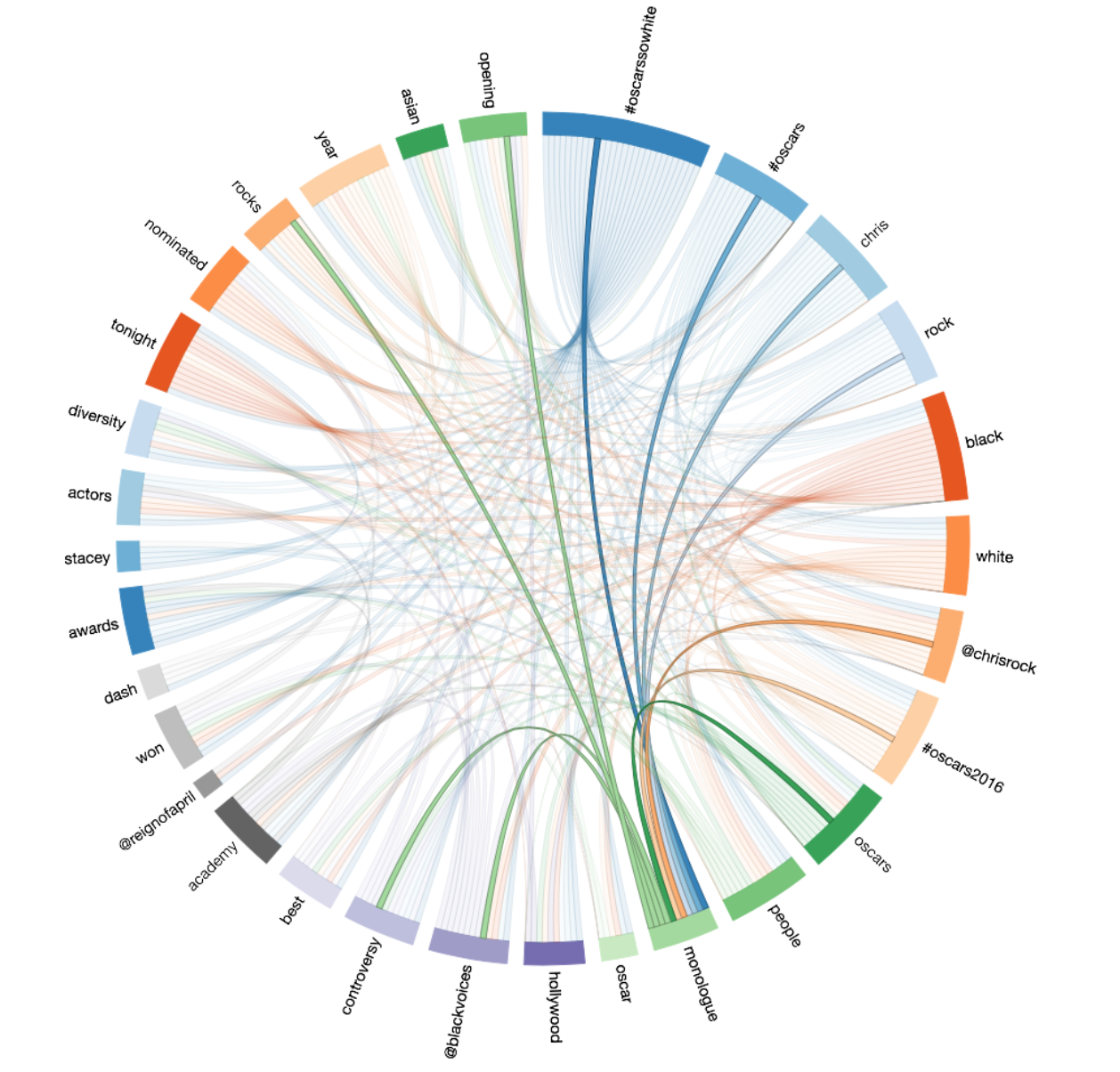 The largest influencer in the dataset was @blackvoices (Huffington Post – Black Voices) who gained 4,623 reactions. Angry Asian Man, who comments on the lack of Asian ethnicities represented at the Oscars, was the second most impactful user receiving 2982 reactions. Originator of the #OscarsSoWhite campaign, @reignofapril was also a minor influencer in online chatter about racial diversity, having generated 790 reactions.

Chris Rock said “all we want is equal opportunities”, and there’s nowhere better to tackle this issue than at the most coveted awards ceremony in the world. Racial diversity at the Oscars is a conversation which has been building since the nominations were announced. Now the event is over and the Academy dealt with the criticism head on, eyes are fully focused on Hollywood and the film industry as a whole.

If you want to see how you can use Pulsar to track the world’s greatest events, or you simply have a campaign you want analyse, send an email to: [email protected].