A couple of weeks ago, we here at Pulsar decided to track the top Twitter conversations around the 2015 Cricket World Cup. With one of the world’s most viewed sporting events having just come to an end, we now wanted to see who the top leaders were in the Twittersphere and how it changed over time.

As we begin to sum up the Twitter activity around the World Cup, we first wanted to see what was mentioned the most during the competition:

This graphs allows us to see some of the evident fan favourite teams being talked about the most from Pakistan and Australia plus noticing that fans were really engaging with The International Cricket Council on Twitter.

Since we saw what the fans were talking about this next led us to think about where this audience was sharing their content?

The International Cricket Council conveniently again nabs the top spot of most shares from their website. Twitter’s micro-video channel Vine also snuck in as a top contender which allowed us to see what snapshot videos fans loved to share about their favourite moments during the world cup.

Mid way through the World Cup we broke down the top 5 countries by volume of conversation:

We initially thought that near the end of the World Cup that these stats would have shifted due to Australia’s overall win and New Zealand’s position as the runner up. Much to our surprise, that ranking never changed. India still kept the top spot of country most passionate about the World Cup on Twitter. (A 1.1 billion population probably helps!). 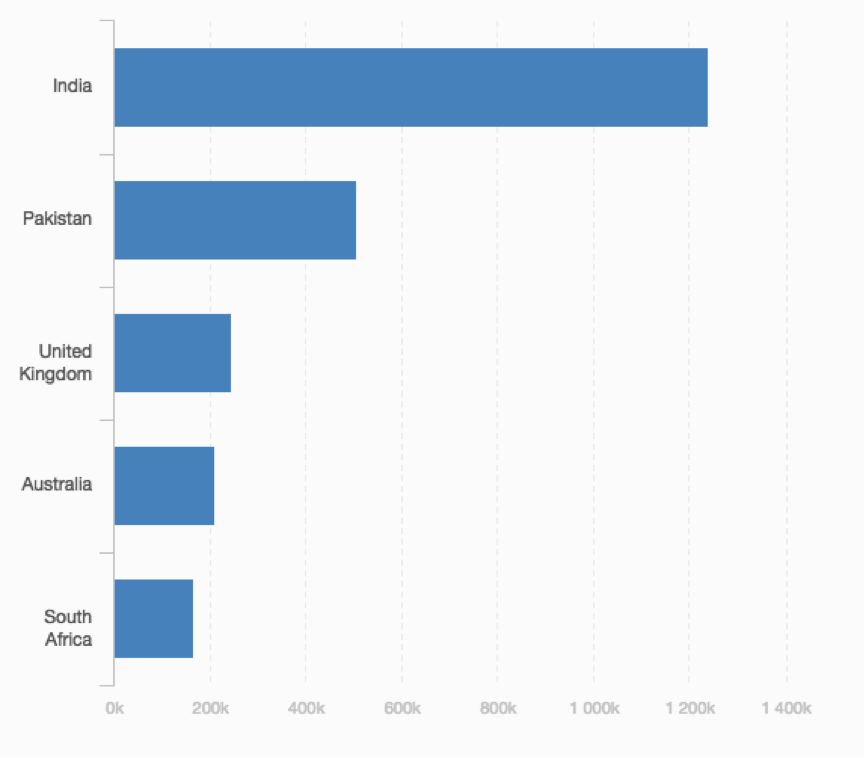 Above: based on geographical data taken from February 14th – March 31st 2015

However we did observe an evident jump in the amount of conversation coming from Australia and New Zealand near the end of the World Cup, on their paths to the final game.  You can see these spikes on the chart below where we show daily volumes of buzz coming from these two countries:

Above: based on geographical data taken from February 14th – March 31st 2015

With the next Cricket World Cup to be hosted in England in 2019, we can expect lots of conversation coming from this country if not more as they next take on the role of host.

Interested in tracking conversations about other sports events around the world? Reach out to our Pulsar team at [email protected] to get our recommendations for how social listening can help.