Hashtags are getting a bit much these days. 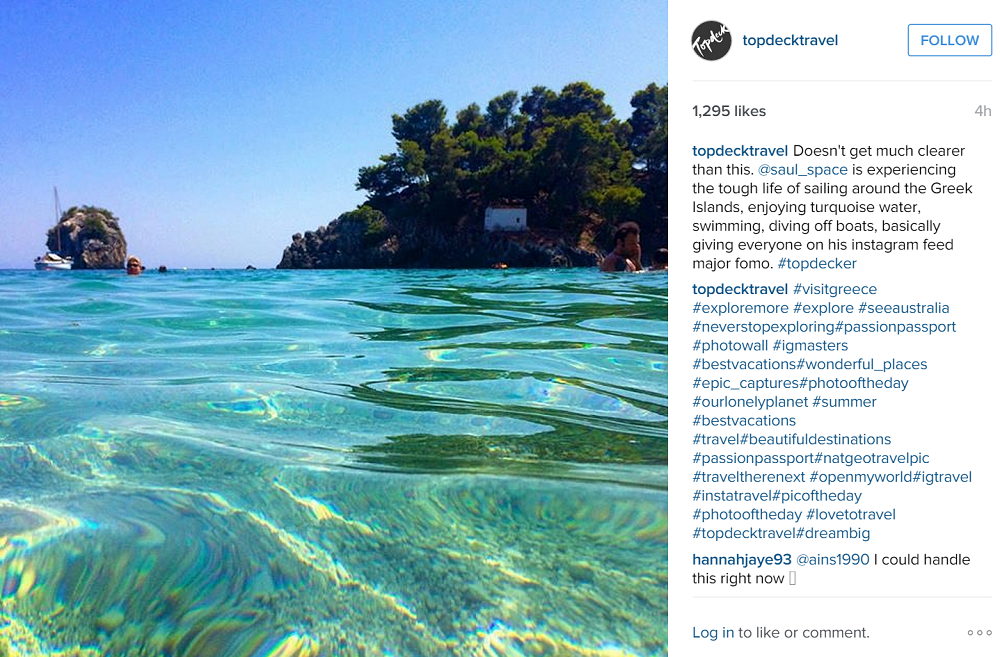 People are appending anything up to 50 hashtags to their Instagram posts, carefully researching the most popular hashtags, or formulating individual strategies (here’s a travel blogger explaining hers).

Hashtags are a search tool, providing a way to make your content discoverable by people who don’t already know or follow you. In this way, they’re a means of getting attention – and therefore status – in the endless popularity contest that’s metric-driven social media. Excessive hashtag use may be a bid for Instacelebrity, and the ensuing Instacash – with reports of top style bloggers earning $1m per year, and an estimated $1 billion sponsored Instagram post economy – or a sheer addiction to the dopamine hit of the ‘like’ count ticking upward.

But as a matter of taste, it all looks… a little grasping.

This is  of course a purely subjective opinion, and one I’ll later turn round and argue against. What I really want to do is claim that this issue of tastefulness is interesting for the insight it gives us into status, authenticity and communicating ‘premiumness’ in social media.

French sociologist Pierre Bourdieu argues that judgements of taste are the means by which social class is enacted and lived:

“Taste classifies, and it classifies the classifier. Social subjects, classified by their classifications, distinguish themselves by the distinctions they make, between the beautiful and the ugly, the distinguished and the vulgar, in which their position in the objective classifications [class structure] is expressed or betrayed” — Bourdieu, ‘Distinction’ (1979), p.6

From Bourdieu we might also take away the notion that criticizing cultural taste is classist and divisive (and thereby resolve not to do it in person).

Professionally, however, understanding status distinction is the bread and butter of what we do as brand & communications strategists. So let’s look at how this plays out with regard to the hashtag.

Let’s start from the principle that hashtag usage is often a bid for attention – you want your content to be discoverable, for more people to see it (and hopefully like it). But visibly betraying a desire for attention is a sign of neediness – and neediness is low status (you are dependent on other people’s behaviour to define your self worth). Therefore:

Evidence:  We find @ChanelOfficial using hashtags, but with two constraints: 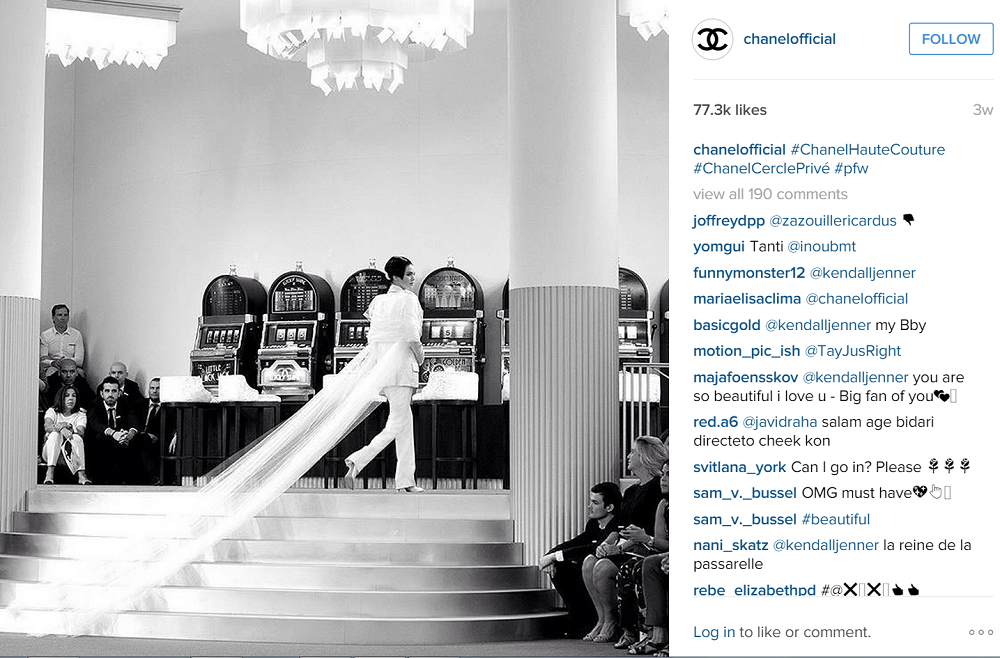 We note the same with high-status Instagram bloggers such as Chiara Ferragni, aka The Blonde Salad (4.2m followers): one hashtag per post, and it’s one she owns. 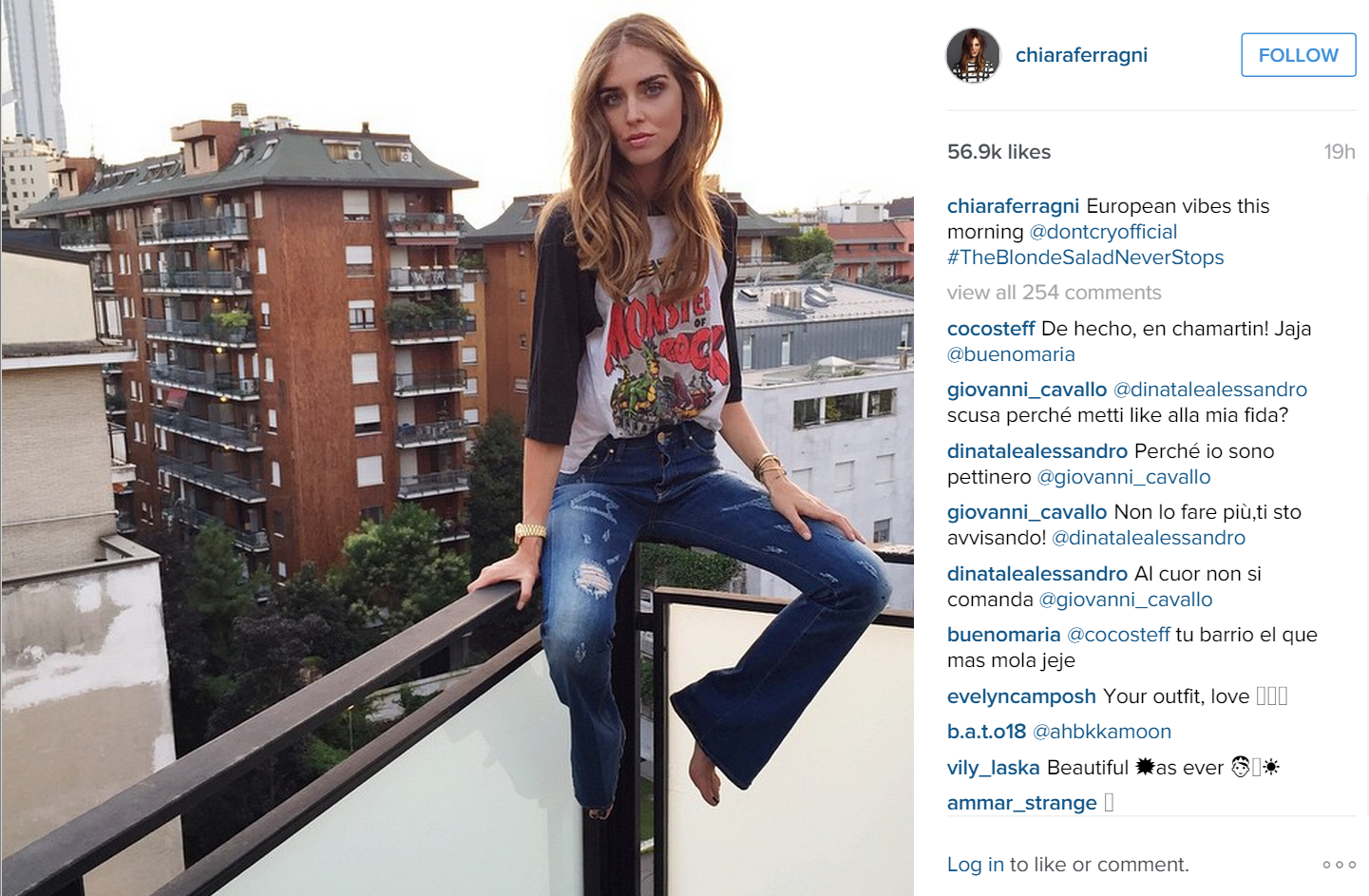 But not every brand – or individual – is desiring to be ‘premium’. The tyranny of good taste, and all that. The confidence to break rules is the essence of cool – therefore:

Hypothesis: when it comes to hashtags, disrupting “classy” usage in various ways is itself a signifier of cool

The challenge: finding this stuff. VICE, for example, is the kind of account I’d expect to be doing ‘hipster Instagram’ – but no ironic hashtagging there, in fact no hashtags at all (I guess it’s trying to be taken seriously nowadays).

Instead I’ll take as my example the artist  Amelia Ulman & her “Insta-scam of the century“. NYMag.com summarises her project:

“In April [2014], she began studying the profiles of the most popular “sugar babies” and “ghetto girls” on the internet to learn their language, hashtags, and selfie styles. Then, between May and August, Ulman enacted her own persona and amassed close to 65,000 followers on Instagram.”

It’s a fascinating piece playing with storytelling on Instagram to talk about fame, cultural capital, and the plasticity of the self. But what’s relevant here is how Ulman used Instagram hashtags not only to grow her audience but to communicate a certain type of character:

“How did you get so many “likes” and followers in such a short period of time?
It is easy to increase the likes by using shortcuts to popularity, like following the trending topics. If you are using the Photoshopped image of a woman and a bunch of popular hashtags, the likes are going to go up.”
— NYMag.com

So in she went with the full array of #blessed hashtags – #gratitude! #healthy! #namaste! – all tropes of the 2014 ‘Basic Bitch’ meme, the vacuous all-American girl who’s into pumpkin spice lattes, Ugg boots and other hyper-mainstream, hyper-uncool pleasures. 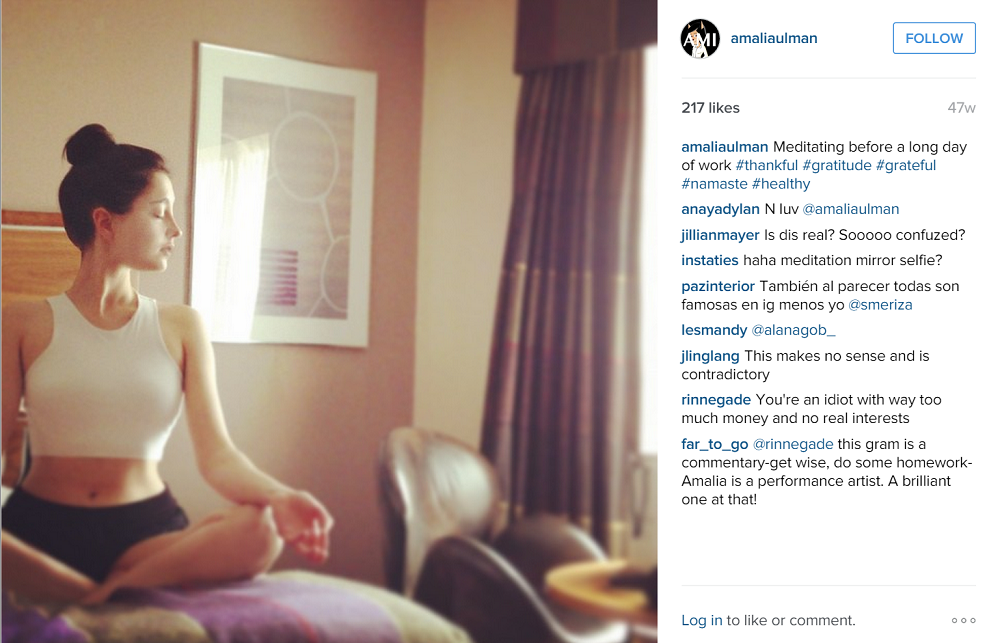 That’s one example of putatively ‘tasteless’ hashtagging being used ironically, even artistically, to ultimately do something cool.

Another, slightly different example, comes from the ‘Abou Diouf’ migrant Instagram account recently revealed to be a fake promoting a film. The BBC notes how the apparently lack of #authenticity in his hashtag usage did, in retrospect, look like a tell-tale sign all was not as it seemed:

“A handful of clues caused many to doubt its authenticity, however. For one thing, “Diouf” had a remarkable grip on which hashtags to use to promote his trip. Phrases like #Swag, #LovingLife, #InstaLovers and #IllegalDreamer appeared under all of his photos”

Now, I’d argue that African migrants are using the same Instagram as the rest of us so why wouldn’t they identify how its social norms operate? Self-promotion is built into the very metric-driven nature of the platform, as Benjamin Grosser has argued (‘What Do Metrics Want?‘ 2014)

The tell-tale sign here is, instead, that the BBC has got a notion of what tasteful or acceptable Instagram hashtagging is for an African migrant – and #swag is not it!

High status social media usage often demands that the labour of working at one’s social media persona be concealed. As with beauty, status is something one is supposed to attain effortlessly – and should the frantic paddling below the surface be revealed, that is vulgar, a faux pas.

This is why Kim Kardashian is so interesting – because she, almost uniquely, does not pretend she #wokeuplikethis, but instead makes the artifice of her social media persona not only evident but into a published art photography book, the brilliantly entitled ‘Selfish‘. In this way, Kardashian (and also Amalia Ulman,) make the ‘Oh me? I’m not self-promoting’ hashtaglessness of Chiara Ferragni et al. look like the studied pose it really is.

Why do I think this worth doing? Two reasons.

First, branding: it’s ironic, knowing, aesthetically offensive – and other brands aren’t doing it. So it feels like a tactic some smart agency ought to get on and run with.

Yet more broadly and culturally, I like this tactic because I feel it’s disruptive. By playing with taste, it exposes and refuses the paradoxical norms we’re supposed to live by in social – having public ‘like’ and follower counts but not being attention-seeking; posting selfies without seeming vain; and engaging in constant self-branding while decrying it.

Refusing social media isn’t a solution for many of us – so exposure, irony and play must be.

The audiences behind Seaspiracy

As Vaccine Confidence Grows, the Public warms to Moderna